Posted on February 28, 2014 by Krissyar
One thing I love for breakfast is fruit – especially a fruit salad. I had the opportunity to sample the Scarlett’s Grapefruit recently and I have to admit, it was the highlight of my breakfast for nearly a week (then I ran out). I used a tiny bit of sugar to rid of the bitterness of the fruit, but it was absolutely delicious and fulfilling for a breakfast, as well as a snack. Grapefruit has many great health benefits, which I decided to share with you below. You can also enter to win a grapefruit basket prize pack of your own.

Grapefruits have a rather recent history, having been discovered in Barbados in the 18th century. Many botanists think the grapefruit was actually the result of a natural cross breeding which occurred between the orange and the pomelo, a citrus fruit that was brought from Indonesia to Barbados in the 17th century.
The resulting fruit was given the name “grapefruit” in 1814 in Jamaica, a name which reflects the way it’s arranged when it grows—hanging in clusters just like grapes.
Grapefruit trees were planted in Florida in the early 19th century, although they did not become a viable commercial crop until later that century. Florida is still a major producer of grapefruits, as is California, Arizona and Texas. Other countries that produce grapefruits commercially include Israel, South Africa and Brazil. 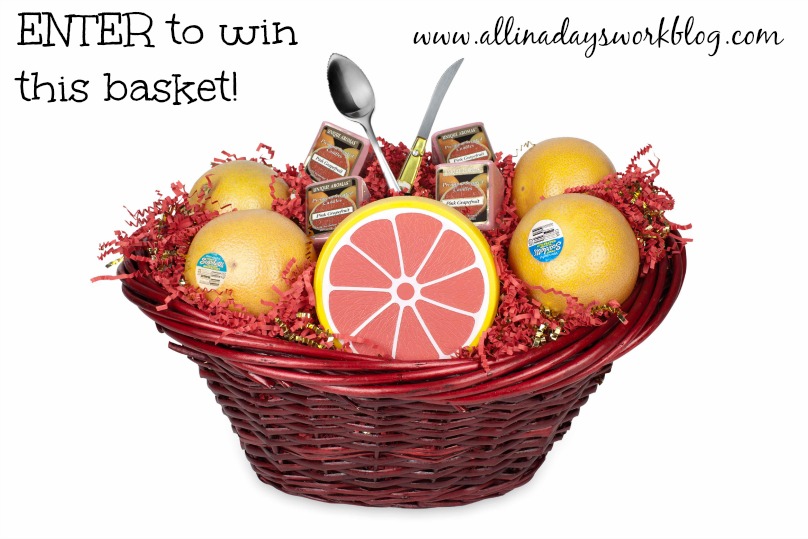