I received something of value from Feld Entertainment as part of their Insider Program. I was not required to write a positive review. The opinions I have expressed are my own.

Disney On Ice presents Princesses & Heroes where they invite audiences to come along as Tinker Bell shows them the timeless tales of inspiring princesses and their heroes.  Focusing on the moments where the princesses’ dreams come true, the show uses high-energy music, glittering sets and dramatic choreography to make a truly breathtaking experience.

Enter a world of wonder where heroes and hearts prevail.  Join Ariel as she yearns to explore the world above the waves and Prince Eric breaks Ursula’s slithering spell to reclaim his one true love.  See Prince Philip defeat the evil Maleficent as she transforms herself into a fire-breathing dragon in a race against time to rescue Sleeping Beauty’s Aurora.  Be there to discover a whole new world with Jasmine and Aladdin.  And, watch in awe as the dreams of Cinderella, Belle, Snow White, Rapunzel and Tiana all come true.  High flying jumps, daring acrobatics, breathtaking skating and lovable Disney friends are just a wish away!  Disney On Ice presents Princesses & Heroes where believing is just the beginning! 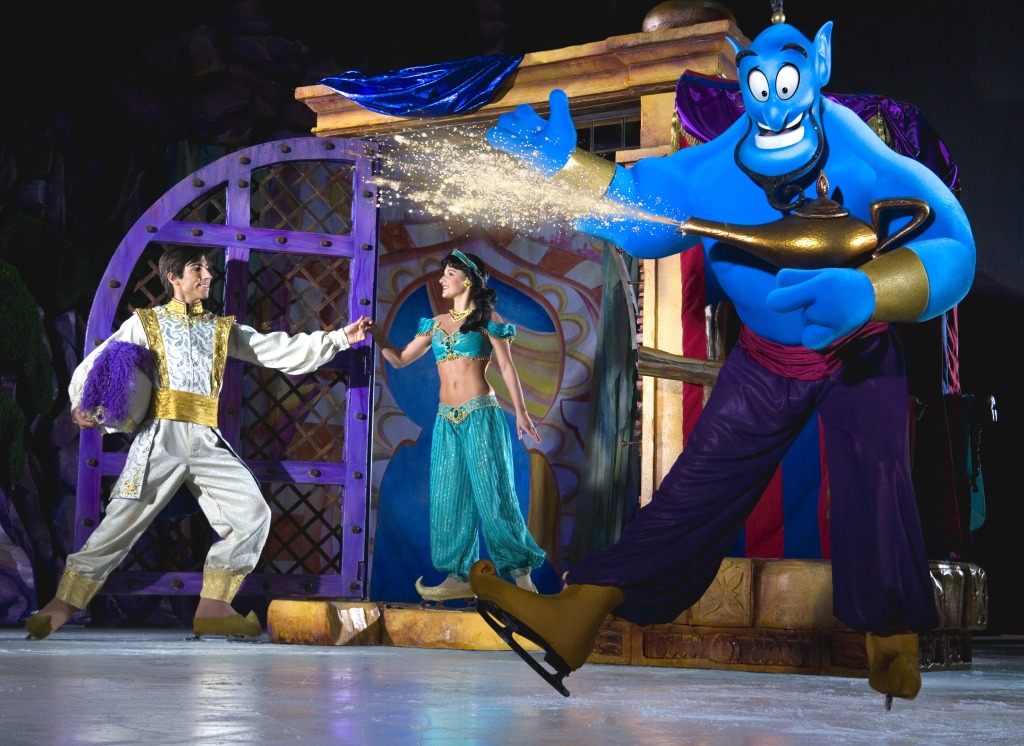 I remember the first time I took my  daughter’s to see a Disney on Ice Show. They were young, around 4 & 6 and completely obsessed with princesses. They had every single princess costume you could think of – my oldest daughter even insisted we dye her hair orange/red like Ariel (we did -but it was only temporary hair dye, don’t worry). Their eyes lit up as soon as we walked into the arena, they were dazzled by all the other little girls dressed up like princesses, the music, the magic, and then the show. They couldn’t believe they were seeing princesses in person! This is a show your little girls cannot miss -and that your boys are going to love! 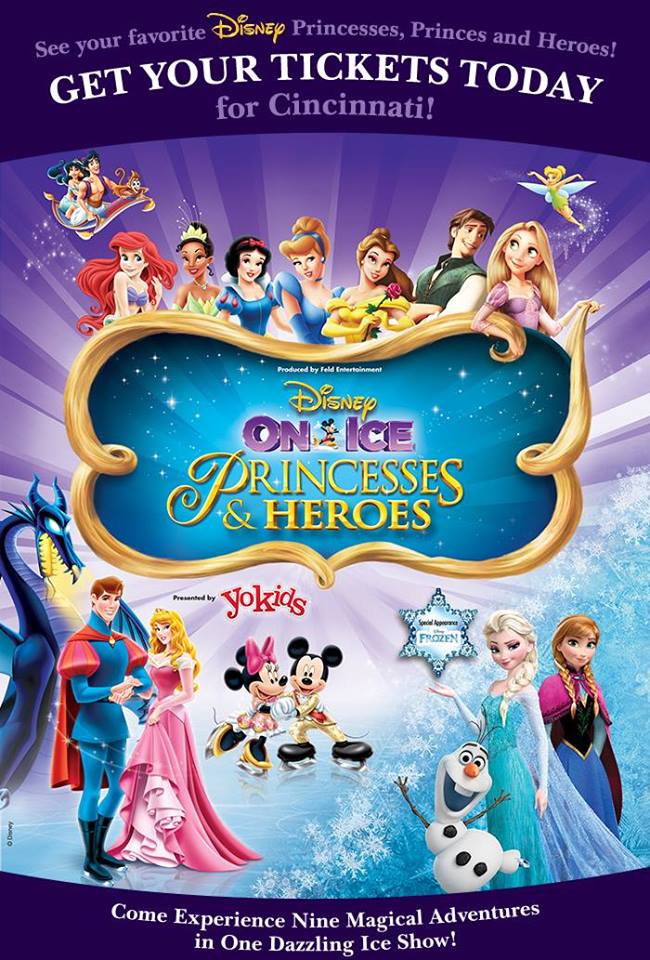 Disney on Ice will be coming to Cincinnati October 29th  at the US Bank Arena at 7p.m. Click here to purchase tickets to a Disney On Ice show near you!

Feld Entertainment is giving 1 lucky All in a Days Work reader 4 tickets to see the Princesses & Heroes On Ice!  Enter in the rafflecopter below!

This entry was posted in Cincinnati, Entertainment. Bookmark the permalink.

13 Responses to Disney’s Princesses & Heroes on Ice: and Giveaway!