People who are depressed tend to become antisocial, and slowly, it starts affecting every aspect of their life, eventually having a negative impact on their body as well as their social standing. While it takes a lot to deal with depression, there are some natural remedies that can make it easier for you. Here we’ve listed down 5 of the best! Read on… 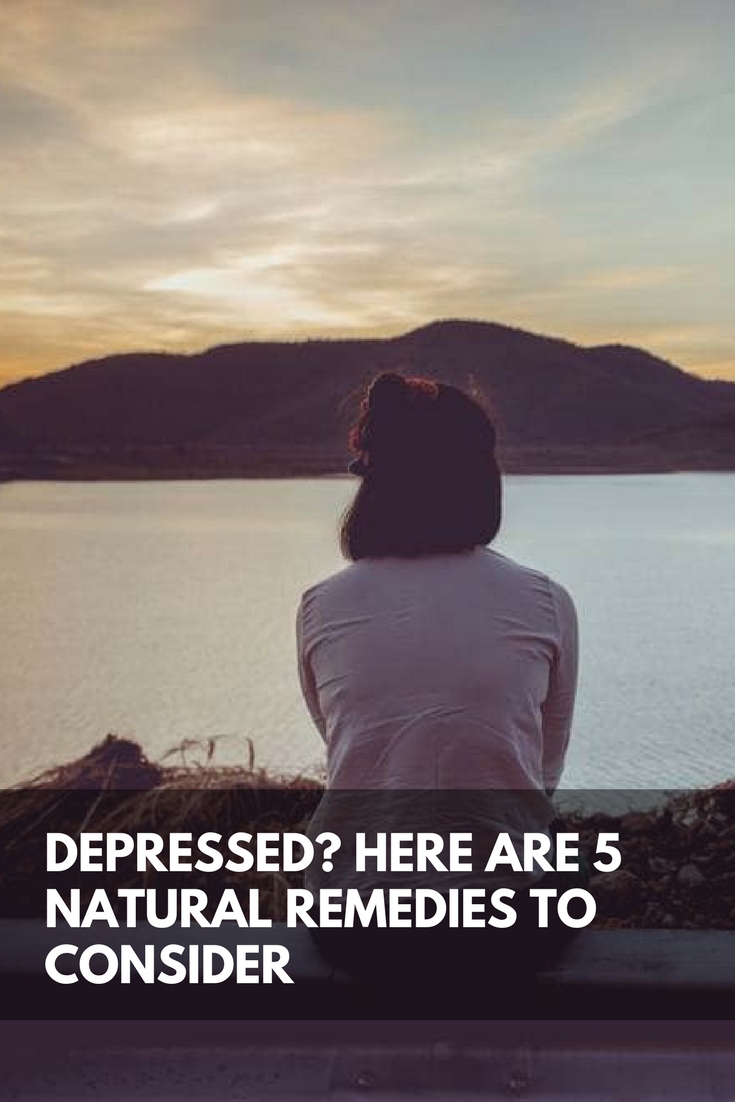 A healthy and a well-balanced diet can do a lot for your body, particularly your digestive system, and yes, it in turn, also does a lot for your mental health. Choosing the right foods and including them in your everyday meals can make you feel much better, and less depressed in general.

Studies have found that individuals who consumed a diet rich in fish, fruits and whole foods had lower odds of being affected by depression. In particular, consuming foods rich in omega 3 fatty acids was found to be highly beneficial.

Probiotic foods and supplements helped too, since they are found to improve cognitive function and reduce depressive symptoms.

The deficiency of vitamins and minerals tends to have a slow, yet profound effect on the body. The deficiency of vitamin D in particular, has been very strongly found to be associated with depression- so much so that individuals who are depressed are also often asked to take vitamin D supplements to reverse the symptoms. This vitamin tends to work by altering the brain function in such a way that it makes it less susceptible to being affected by mood disorders.

You can either get them through these type of supplements or get more of it through food sources such as tuna, cheese, egg yolks, salmon, mackerel etc.

Herbs and herbal extracts also do a lot when it comes to helping you tackle depression. Adaptogen herbs like Rhodiola and Ashwagandha have been found to reduce the production of stress hormones and relax the nervous system of the body. They also help increase the production of neurotransmitters serotonin and dopamine which help improve focus and concentration and reduce anxiety and stress.

Another herb which has been found effective against varying degrees of depression is St John’s Wort. Several studies have backed up its effectiveness, and it has been found to work so wonderfully that its effects could be compared to the effects of SSRIs- a common antidepressant.

Set Some Goals (And Smash Them)

One of the simplest and easiest ways to tackle depression on a personal level, and feel loads better is to set down some goals for yourself. Being depression can literally sap you of all the will and energy you had to live life- you won’t feel like doing anything or accomplishing anything, but that’s exactly what you have to do.

Take the first step and list down small goals that you would wish to hit in the next couple of weeks to a month. Chalk out a plan about how you can do it- it can be anything- your work goals, your career goals, your relationship goals or whatever area of life you want to improve- whatever makes you feel strong. Every single day, wake up with the determination to take small steps towards hitting your goals. Every time you do hit a goal, reward yourself for it. This will help you break out of the negative circle of nothingness and pretty soon, you’ll have a smile when you hit the bed at night, and when you get up in the morning.

Get in Touch with Nature

The benefits of being more in touch with nature and spending some quality time outdoors is highly underrated. Several studies have found that depressed individuals who got enough sun exposure and spent some time outdoors on a regular basis had a much reduced risk of being affected by vitamin D deficiency, and they also felt happier and better and had a significant reduction in the intensity of depressive symptoms.

This entry was posted in Motivational Monday. Bookmark the permalink.