As you know I love to travel and stay at new and exciting places whenever I get the chance. I’ve been researching and looking into the best romantic getaways  for our upcoming anniversary, and I have to say – so many beautiful places to chose from! I have narrowed them down to my top 5 (which are now all on my bucket list) romantic getaway spots that you’ve probably never heard of! 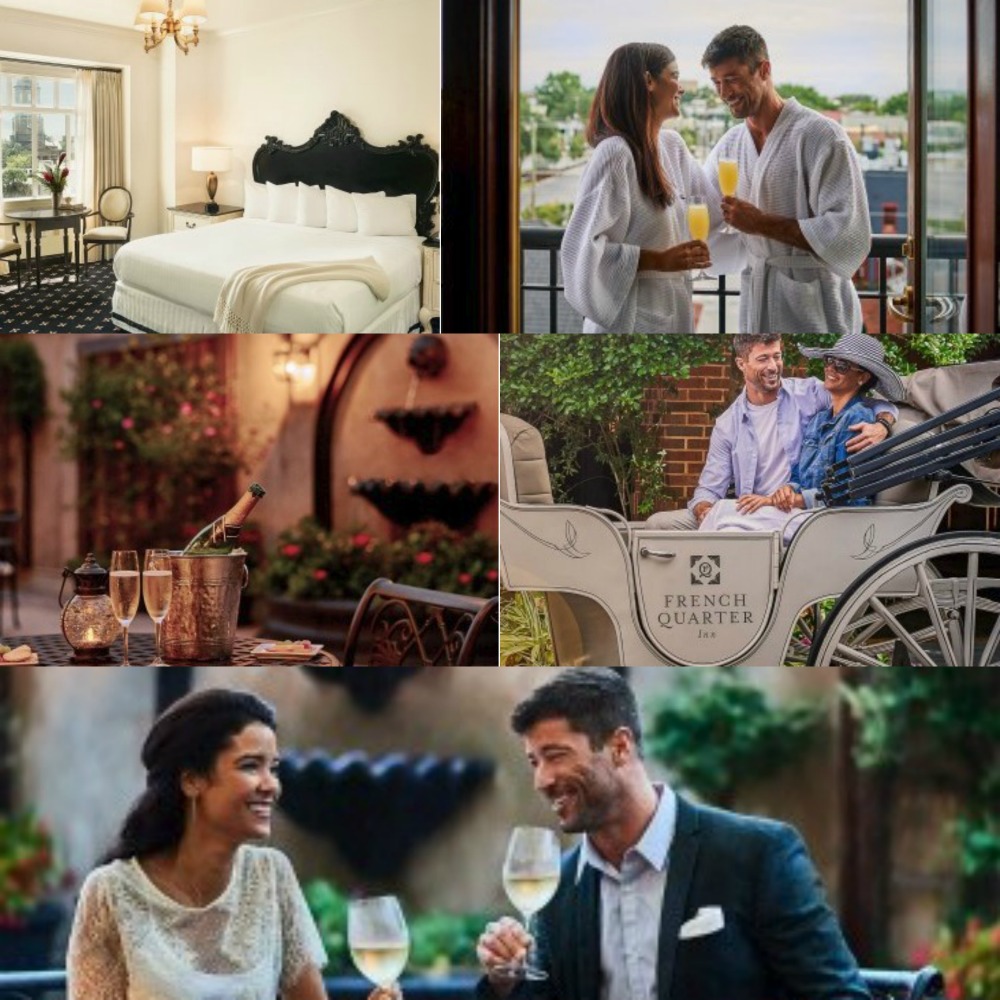 The French Quarter Inn has true Southern hospitality. It’s just one of the reasons Travel + Leisure and Conde Nast Traveler consistently rank this historic Charleston inn among the country’s best hotels.
You can book their romantic escape package which includes

A bouquet of seasonal blooms kicks off a “Just the Two of Us” escape at the elegant French Quarter Inn, a dreamy interlude that includes dinner at one of Charleston’s most romantic restaurants, a private carriage-ride, rose petal turn down service, chocolate strawberries and bottle of champagne. 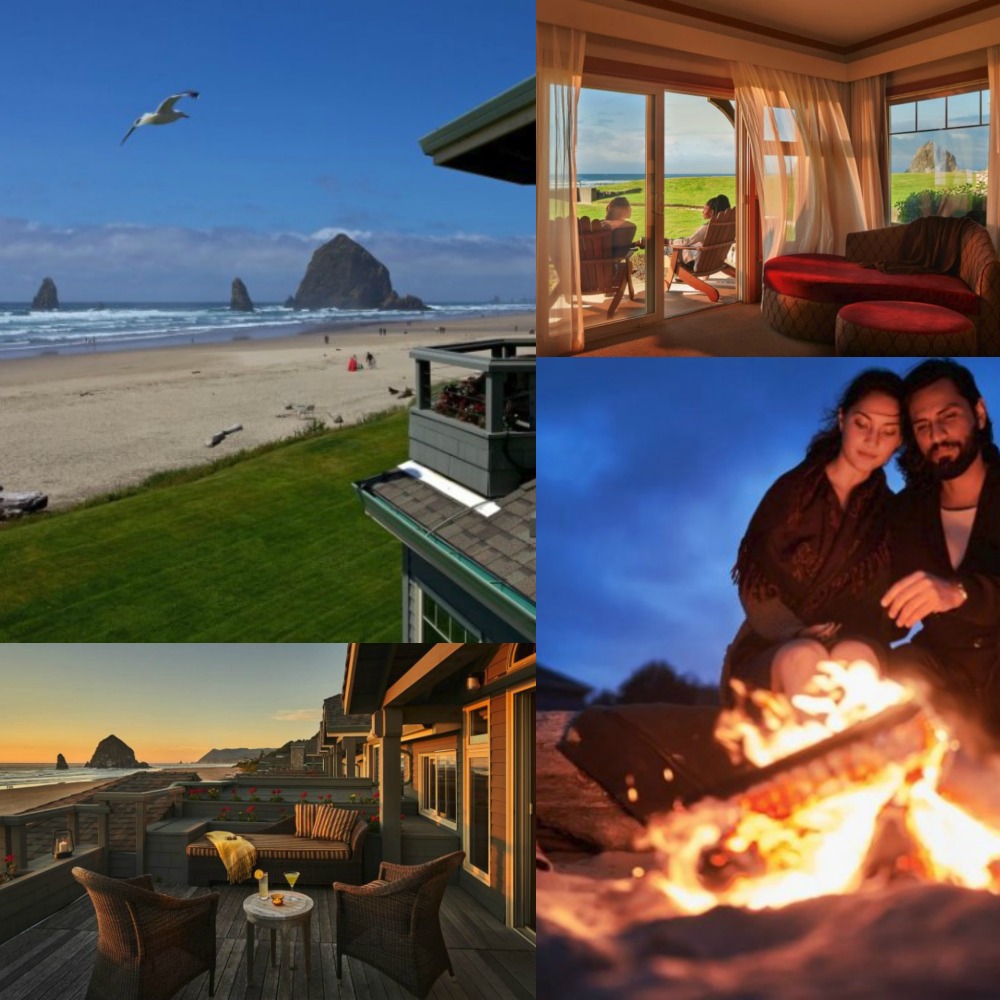 About 80 miles from Portland, Haystack Rock on Oregon’s stunning North Coast has been a beacon for generations. Before Highway 26 connected Portland to the coast, intrepid travelers would journey for seven hours to reach Cannon Beach – a trip that included the infamous Ecola Toll Road and its 111 hair-pin curves. Nestled between the ocean and the Coastal Mountain Range, Cannon Beach was magical, hard to reach, and a summer home to the many beach souls who sought relief from the noise of big city life. Today, people from all over the world come to Cannon Beach and the Stephanie Inn for the same reasons.

Cannon Beach hoteliers Jan and Steve Martin had long envisioned a beachfront Inn–a place both laid back and luxurious, where guests could escape, reflect in awe of the rolling sea and monolithic sea stacks, indulge in wellness, world-class dining, read, walk and wander. Named after their daughter, the iconic Stephanie Inn opened in 1993 and has become the definition of a luxe coastal retreat. The Inn is charming and small, yet offers a full range of services and special guest experiences, and the finest Pacific Northwest cuisine on the Oregon Coast. 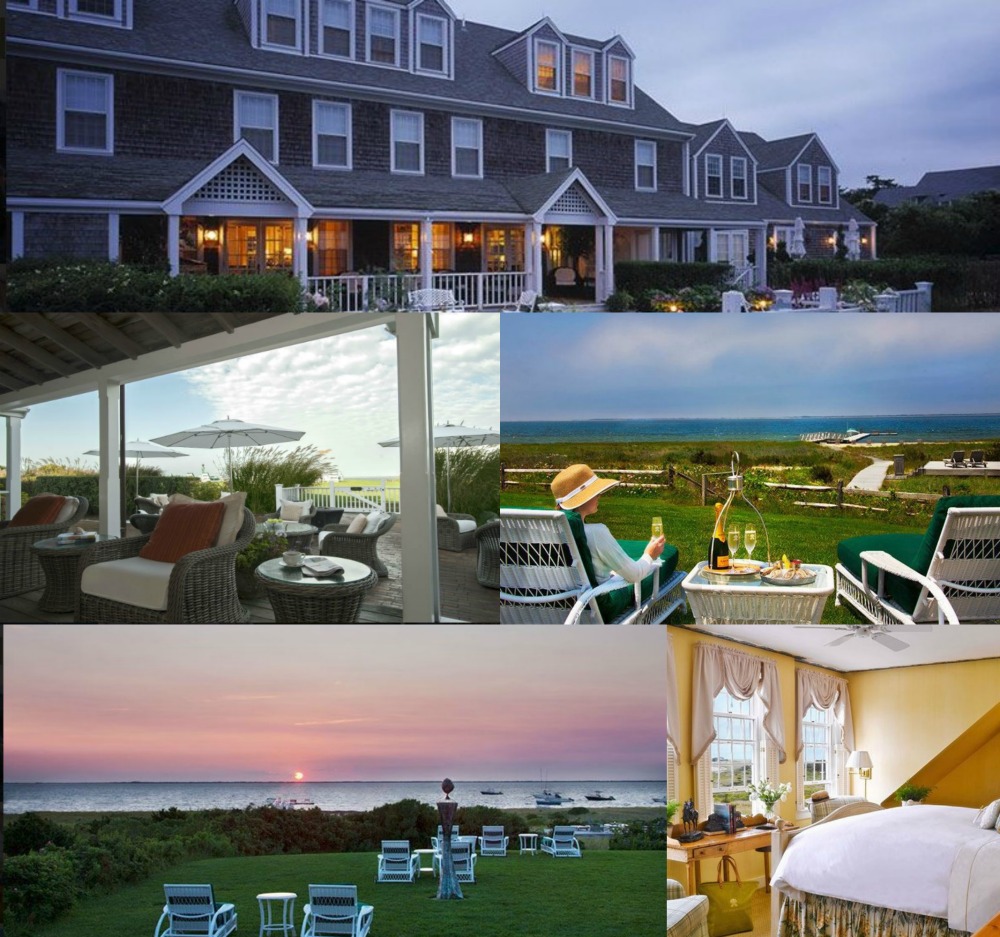 The Wauwinet House first welcomed guests in 1875. The inn was named after the chief of the Indian tribe that inhabited the eastern section of the island. On June 17, 1876, The Inquirer & Mirror, reported that “The Wauwinet House was the scene of a pleasant time. A glorious sail up harbor.” 163 people attended a shore dinner serving clam chowder, boiled lobster and pastry. People kept calling out for more chowder!” Dinner was followed by quadrants, polkas and waltzes.

The steamship made regular daily trips to the inn along with the cat boat called the Lillian. Fare on the steamship was 50 cents round-trip and a shore dinner cost 75 cents. It wasn’t until 1882 when the new owner Asa Small purchased the inn for $1700 and decided to rent rooms. It was at that time that the laundry and new bathhouses were built, and the “best mattresses and springs added to the beds with neat muslin curtains and freshly painted furniture.”

The inn continued to flourish retaining its natural setting and charm. James A. Backus operated it from the mid-1890’s and became its owner soon after the turn of the century. During the 1900’s, the second floor was added along with the veranda to the front where people sat in rocking chairs to enjoy the comings and goings of the inn and the view.

In the early 1900’s, the Wauwinet Casino was built. The literal definition of the word “casino” is “a room or building for public resort or diversion.” The Wauwinet Casino served a menu of steaks, lobsters, clams, and fresh fish to the beat of a five-piece orchestra, making it the most popular restaurant on the island.

The 1930’s brought lazy summer days of sun, sea and sand with guests enjoying sailing, swimming, fishing, tennis, parties and picnics. Radios were a novelty, televisions unheard of and automobiles used only when necessary.The Backus family later sold the inn to the Robert B. Bowmans (of the Folger Hotel) in 1978. The Karp family bought the Wauwinet House in 1986. After an extensive renovation and redecorating, the inn was opened in June 1988 as The Wauwinet.

“Times and people change, but Wauwinet will always be a haven for those seeking sea, sand, and sun,” – Jane Lamb from her book Wauwinet, 1990 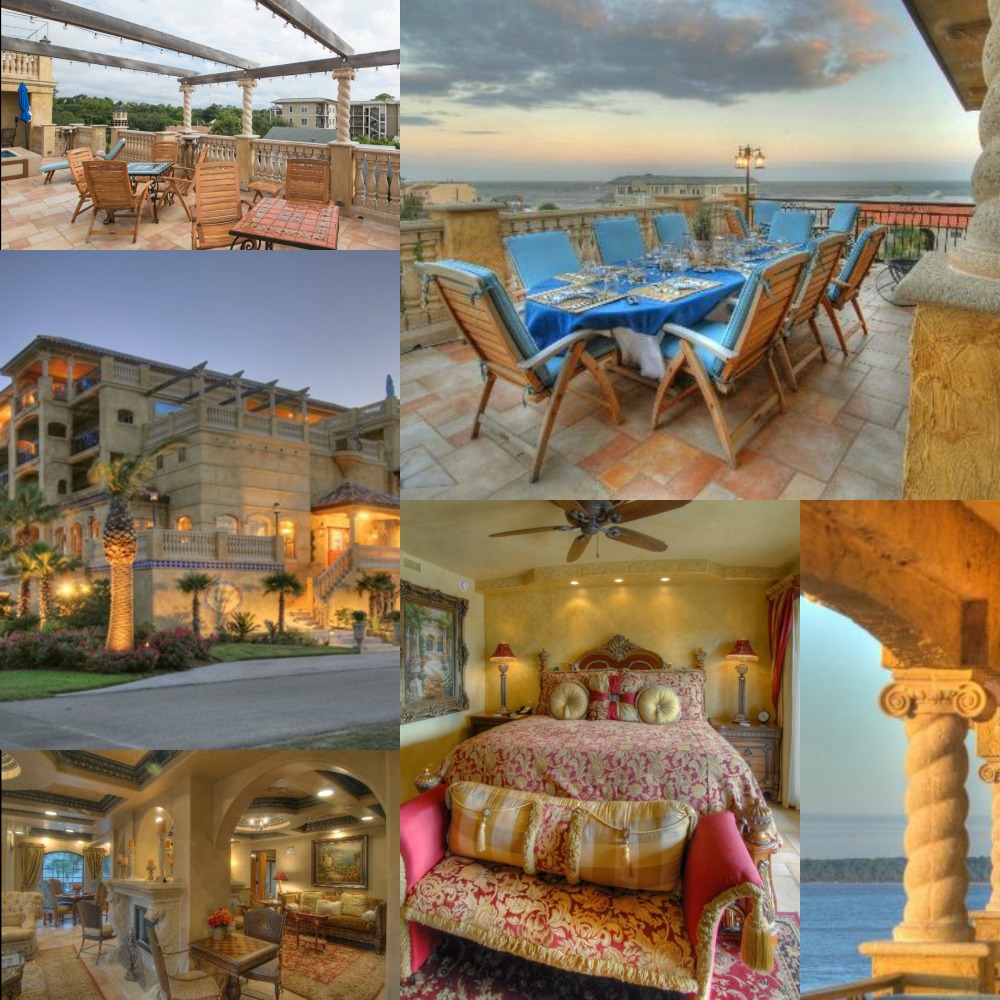 Ocean Lodge renders Florentine beauty uniquely set along the southern Georgia coastline. Old World elegance is exuded in venues throughout the hotel, including a spectacular ocean view rooftop terrace and lounge. Fifteen spacious and well-appointed ocean view guest rooms are so luxurious you’ll find it impossible not to relax. A full kitchen, separate bedroom area, and beautifully furnished sitting space all open into your own private veranda. An abundance of common space area allows our guests to find enchanting spots outside of their guest room to enjoy. 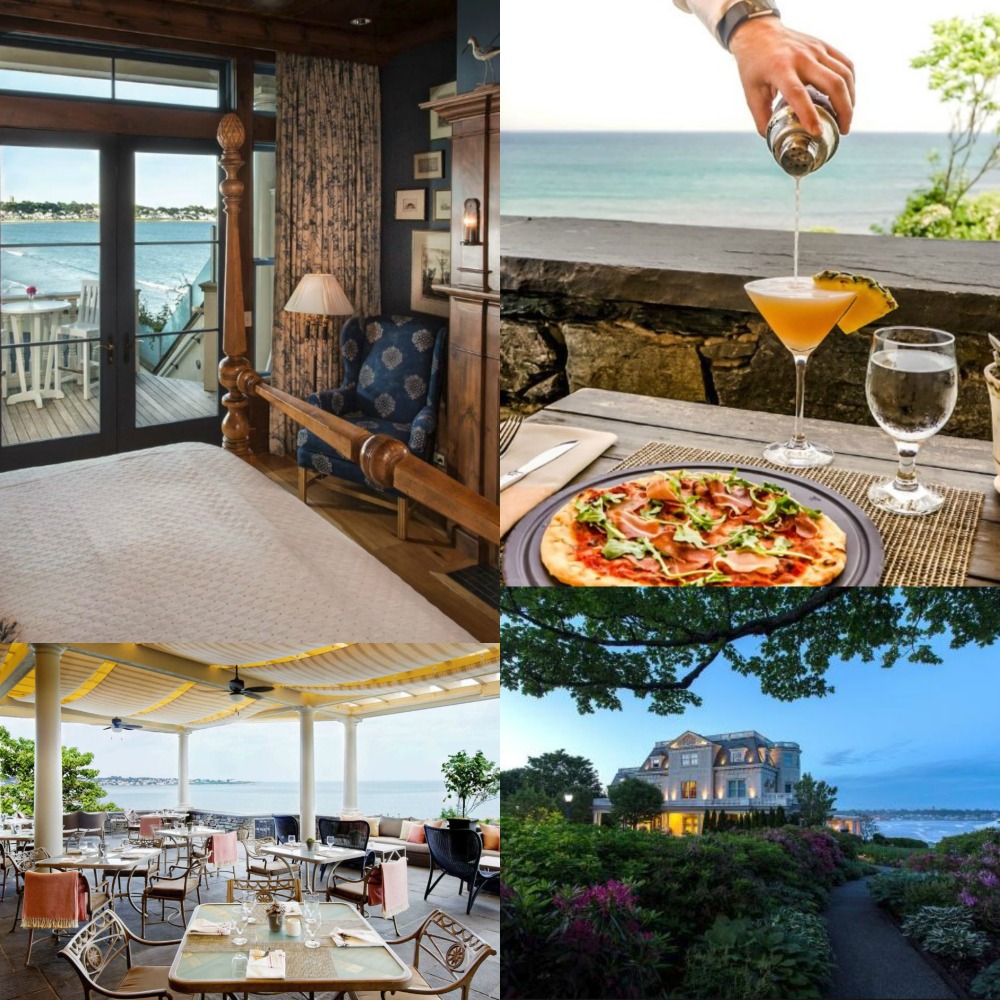 Practice the art of refined relaxation while discovering an esteemed piece of Newport history at The Chanler at Cliff Walk, housed in a 19th century mansion originally built by New York Congressman, John Winthrop Chanler. As one of Rhode Island’s historic homes, The Chanler is a beloved emblem of old world elegance.

Twenty elegantly furnished rooms comprise The Chanler’s unique accommodations, each designed around a particular historical period or decorative theme. Modern services and amenities such as complimentary Wi-Fi and our convenient house car transportation service ensure a stay that promises to be just as convenient as it is relaxing. Indulge in extraordinary meals at one of our celebrated restaurants as you relish ocean views and relax in an atmosphere of tranquil elegance. 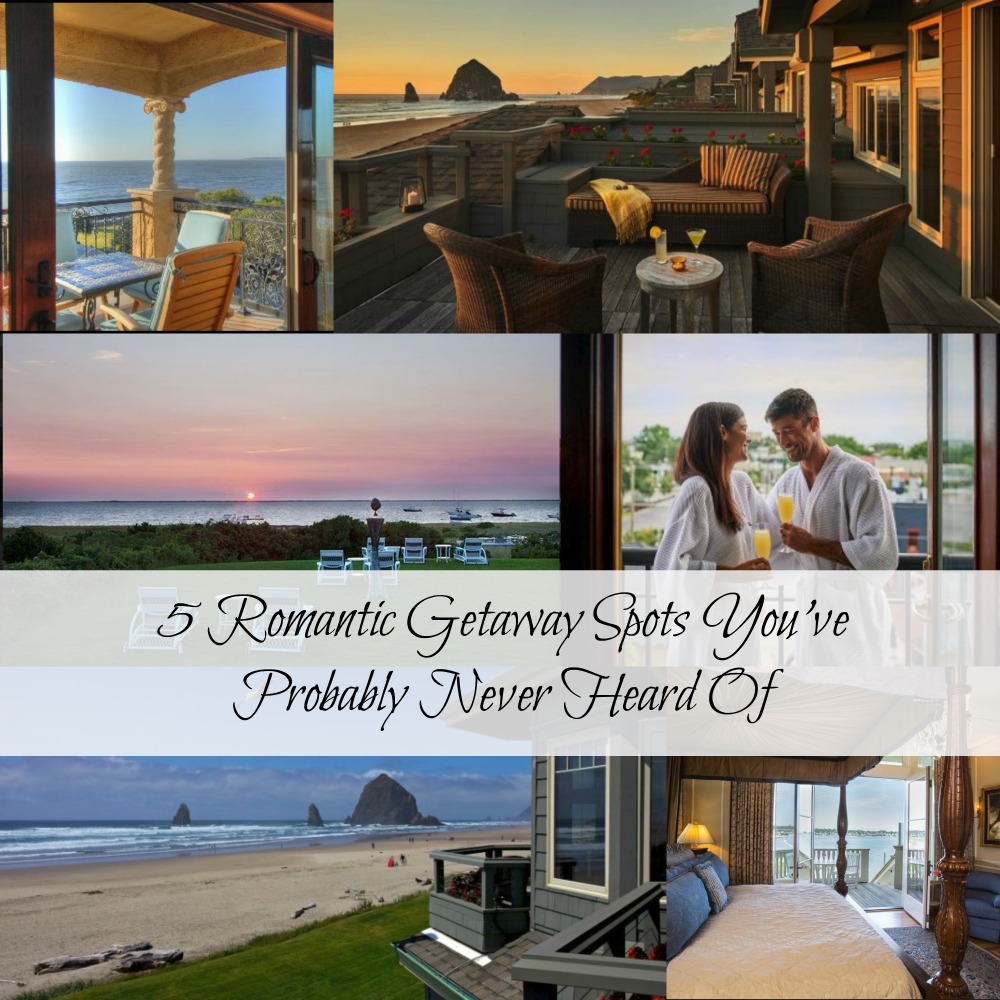 This entry was posted in Relationships, Travel. Bookmark the permalink.