This Saturday, GRAMMY Award-winning hip-hop/neo-soul band The Roots, house band on The Tonight Show Starring Jimmy Fallon and best known for their singles, The Next Movement, The Seed and You Got Me, will shake up Universal Orlandos Mardi Gras celebration with a live concert on the Music Plaza stage. Before the concert, guests can catch colorful beads by the handful during the festive Mardi Gras parade, which features 12 vibrant floats, including three new additions celebrating Jules Vernes novel, Around the World in 80 Days. Guests can also visit Universal Studios Floridas very own French Quarter Courtyard to enjoy authentic Cajun cuisine and see performances by bands pulled straight from Bourbon Street. 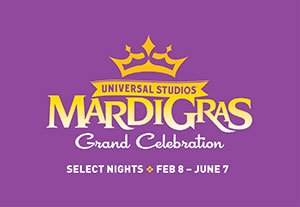 Schedule of Events for Saturday, May 17: