The Gorilla Mom: The Perfect Storm

This weekend as I was scrolling through my Facebook feed, our local news channel had posted that a child fell into the moat at the gorilla exhibit at our local zoo. I was kinda’ in shock.

Now I have been to the Cincinnati Zoo – and this particular exhibit – hundreds of times – when I was a kid, and also as an adult taking my own kids. The exhibit has been set up the way it has since 1978 – even before I was born. Not once in the nearly 38 years has anyone breached it. Until now. 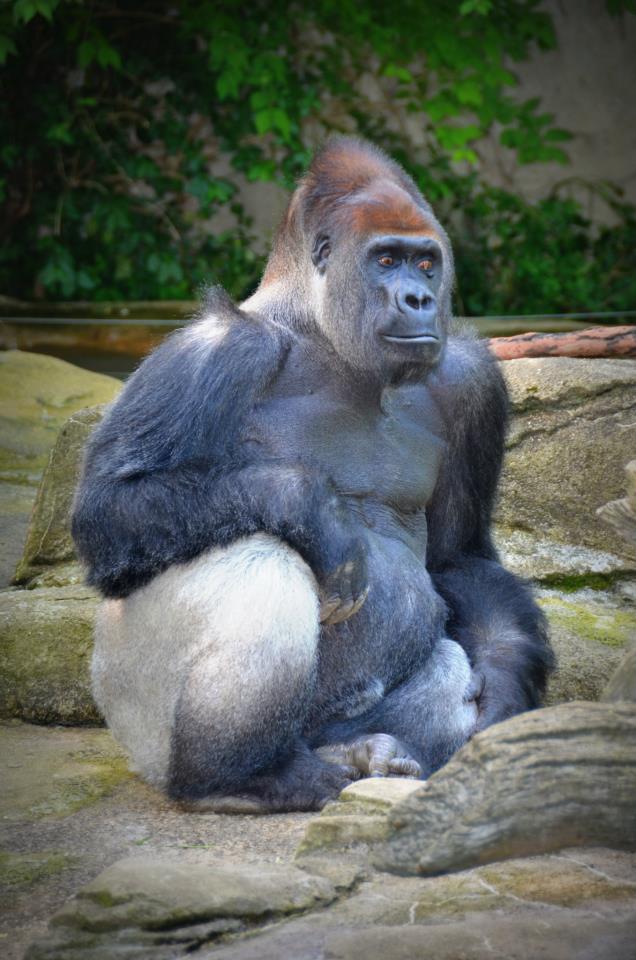 Now before anyone starts hating on me (which I’m sure will happen) remember, I rarely post controversial topics on my blog for good reason; people are mean. Straight up hateful and evil. I try to keep all that as far away from me as possible, life is hard enough you know?

I am sad the gorilla had to be killed. Yes, had to be. A child’s life, heck, any human life is far more valuable than an animals, endangered or not. I hate that the Zoo admins had to even make such a decision. It sucks. It sucks bad. But if that was your child – wouldn’t you want them to make the same decision?? The gorilla could of torn the kid in two with his bare hands, and likely would of if they would of tried to use a tranq dart. The gorilla was also male, which is more of protector than a nurturer like a female gorilla. He was curious –  and dangerous. Again, this whole situation sucks.

Now, as far as how it happened and why – we don’t really know for sure. Like they say there is always 3 sides to every story: Yours, mine and the truth. ..and I’m sure in this case, there’s things we don’t know..but as a Mom, and a frequent visitor of this particular zoo, I am gonna’ give you my opinion: A combination of not-so-great parenting, a breakable barrier, and a curious gorilla made this situation a perfect storm.

I know kids can get away from you in a split second – I’ve lost my son not only once, but twice. Once for about 5 minutes at my daughter’s cheer practice. We were walking down the stairs to leave, (as was everyone else) and my daughter was walking down the stairs next to my son – when we get to the door he was gone!! After a lockdown, and a very shaken stressed out 5 minutes, he was found in the boys locker room. Looks like he decided to follow all the basketball players into the locker room, and he was too small to open the door and get out! Talk about a heart attack! The next time was at my own wedding- he was only 2. Again, he followed someone into the bathroom, and couldn’t open the door – more panic! However, both of these times we were in a ‘safe’ environment. I knew most everyone; there was no immediate danger – but it did happen in a split second, when eyes were averted to something else, when a parent just gets busy, and things happen. Sometimes tragic things. Like the boy climbing into the gorilla moat at the zoo.

Now I do not excuse the Mom from guilt whatsoever – there were rumors she was on her phone, or attending to other kids after her son told her multiple times he was going to climb in with the gorillas. She should have been more diligent;  she should have grabbed his hand and walked him out, screaming kicking and crying – along with her other kids. I’ve been there – I’ve done it. 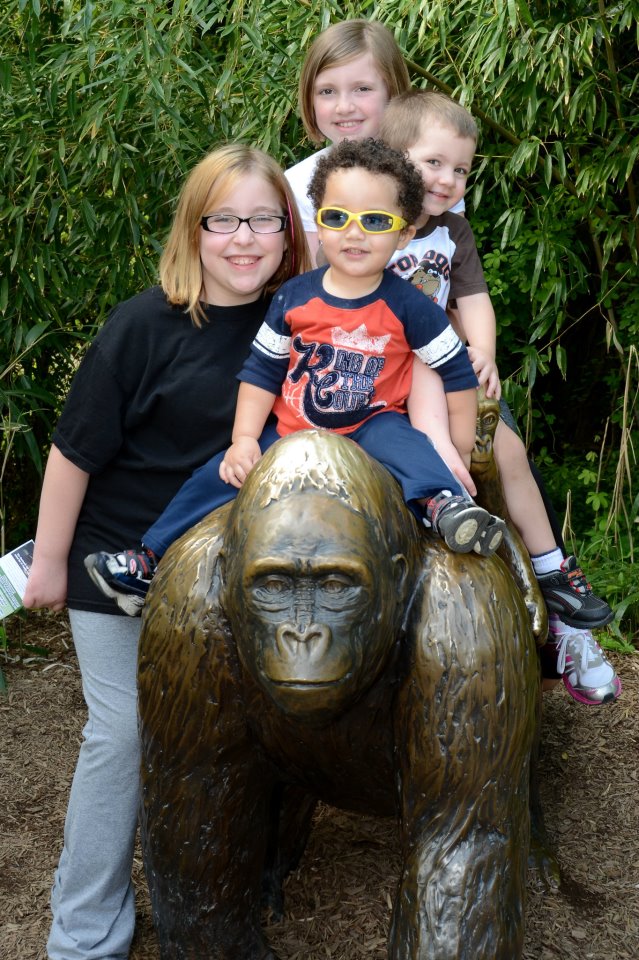 Multiple times my son (and nephew) have tried to climb just on the railing to get a “better look” at the ‘monkeys’. Each and every time we have pulled them off the railings and warned them of the dangers (yes I am the Mom who will tell my not-scared-of-anything son that the gorilla would rip his face off . Harsh? yes. But I know my son. I have to make him aware of dangers because he thinks he’s some sort of superman).

The Zoo is not your backyard or local playground – there are dangers everywhere. From strangers (have you ever seen the amount of abductions done at local ‘family friendly’ locations? Go look), to wild animal exhibits. The Zoo has kept up safety standards, but you have to be aware that this isn’t the place to let them run wild (though there is a KID FRIENDLY PETTING ZOO that you can do just that at).

She screwed up – as we all do. She made a fatal mistake that she will live with the rest of her life. Haven’t you ever had a parent fail moment?! Maybe not to this extreme – but yes, it could happen to any of us if we get distracted enough. I am not defending her, but I am appalled at the amount of people shouting off with her head! The hate that I see on social media is sad. (In fact, another Michelle Gadd who lives in Ohio has gotten a ridiculous amount of ‘hate messages’ on Facebook because of mistaken identity).

Why do we call for her to be investigated, or put to death herself? Her other kids taken away? She screwed up. She should have been more responsible; she should have kept him closer – but she will have to live with this the rest of her life – isn’t that enough punishment??

**I want to add that the Cincinnati Zoo is one of the most awesome zoo’s in the U.S.  They are always continuous improving the exhibits for the safety of all the visitors and the animals – and will be looking into the gorilla exhibit as well.