This is a sponsored post on behalf of Frisch’s. Though I was compensated for my time, all opinions are my own

If you follow me on social media you might have noticed last week that my daughter and I went to a special dinner & a show: a home style dinner at Frisch’s Big Boy, and the opening night of The Nutcracker.

We are big Frisch’s fans and were excited to try some of their new menu – some nice home style cooking. Home cooked favorites like roast beef, country fried steak or chicken, meatloaf, carved turkey, green beans, mashed potatoes and rolls. All the comfort food like Mom makes – without the cooking or clean-up!

I have to say I could of made a meal off of just the green beans and rolls! Super delicious and affordable. But that’s not the only new thing hitting Frisch’s this holiday season – they also are featuring the Peppermint Hot Fudge cake (for a limited time only – until February 7th!) This is the first time since the original hot fudge cake was debuted in 1970 that they’ve offered any other flavors! 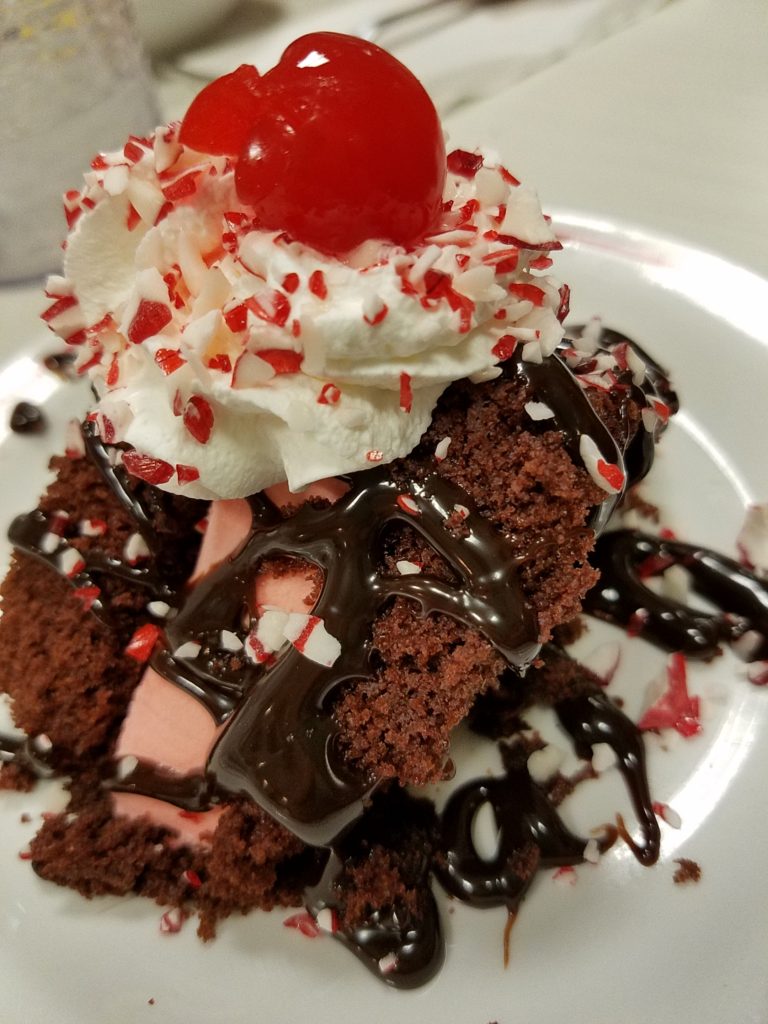 I have to admit I wasn’t sure how I was going to like it; I mean, why mess with something that is already soo good?! (sidenote: if you’ve never had a Frisch’s hot fudge cake – WHAT IS WRONG WITH YOU?! GO NOW. If you aren’t in the Cincy area, if you make it here – Frisch’s is  must!) I have to admit though, it was super delicious! The ice cream wasn’t overly peppermint, and the peppermint shavings gave it a nice extra touch. In fact my daughter mentioned she didn’t even need a breath mint after – the peppermint did the trick.

After dinner (and dessert) we went headed to The Aronoff Center for the opening night of The Nutcracker. I hadn’t been since I was a little girl, so I was excited to go – and for my daughter to see it for the first time. 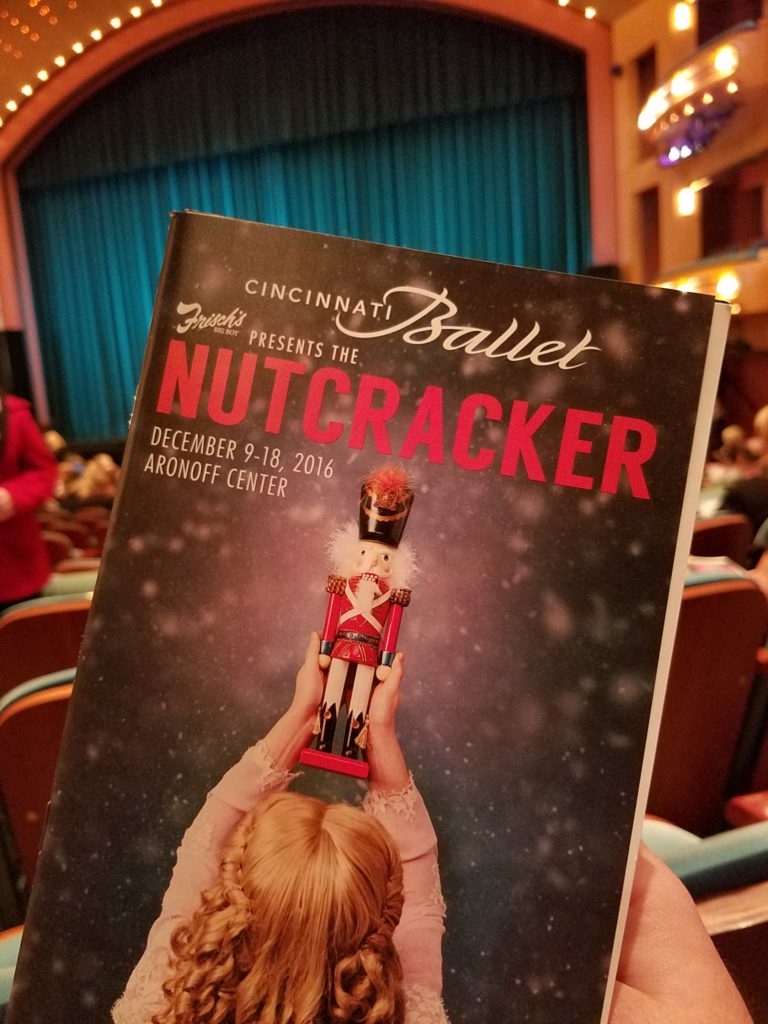 Frisch’s has been the Cincinnati Ballet’s primary sponsor since the first performance of The Nutcracker in 1974 (the longest held corporate sponsorship in American arts history! (In fact, Frisch’s worked with members of the Cincinnati Ballet in launching the peppermint hot fudge cake!)

My daughter and I enjoyed the ballet – probably one of the best shows we’ve ever seen. In fact, we’ve decided we are bringing the rest of the family next year and are going to try to make it a holiday tradition. Kids (and adults) of all ages will love it!

If you decide to head out to the ballet, be sure to snap a selfie with Big Boy while you’re there and share it on social media with the hashtags #TuTuGood and #CBNutcracker for your chance to win a Frisch’s gift card! 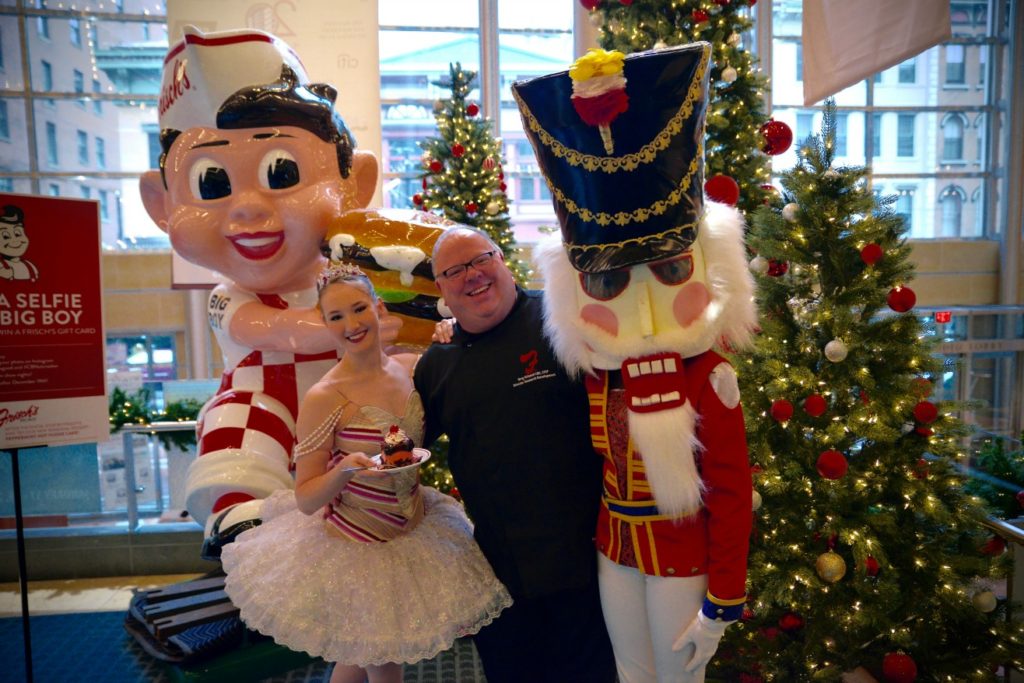