No I WON’T give him another chance ..EVER!

“Give him another chance”, “He’s doing soo much better”. These are things you hear when maybe you’ve dated someone a long time that has some sort of issue that you left him over. For instance, drinking. Or even being abusive. Yeah – I heard these things from other people when it came to my ex – about allowing him to see my children.

For over 7 years I stayed in a very unhealthy abusive relationship. It was a cycle of good behavior, then falling off the wagon with his abusiveness (towards me) along with binge drinking, not holding a job, and cheating. For years I put up with it thinking one day it would stick; that one day all these years of hell would pay off, because I didn’t want to raise my girls as a single Mom. I thought if others changed, then he could – but what was I risking??!

One day I woke up – I don’t really remember how, or exactly when. I can tell you that my Mom, Dad, even my sister had been praying that one day I would realize that all I was doing was raising my girls to think that this type of behavior was O.K. I woke up and I left; For a few years I lived with my parents as I tried to pay off debt (that he accrued) and save money to get my own place. I allowed him to have one night every other weekend with the girls, though as I watched the transformation of my happy, smiling, clean girls come back dirty, grumpy, and mean, I realized something had to change. They weren’t told NO when they were with him; they ate what they want, did what they want, and stayed up as late as they wanted…after all, he was trying to buy their affection…One weekend when I was out of town, he had the girls and called my sister for a ride (since he never drove nor owned a vehicle the entire time I knew him). He promptly put them in her car – and took off. My sister followed him, and he said he wasn’t keeping them – he was angry at me for dating another man, so this was his way of revenge. For a long time I didn’t allow him to see them, and then I started again because I was a sucker – many Friday nights he would ‘stand them up’ knowing I had plans to go out, and he didn’t want me with anyone else…

I met a man who was my idea of perfect – he moved in with us, and gladly accepted the role of step-Dad. Strict but loving, he started pointing out to me the cycles that I might of escaped but I was allowing my girls to be put through – promises of gifts, visits and trips, he would let them down over and over again. My heart broke as I thought about how selfish he was, and even worse, how I allowed him to do this to them. The last time they visited with him, my daughter told me she couldn’t sleep because Daddy and his friends were up drinking all night. That was the final straw.

I told him if he wanted to see them, he could take me to court. Knowing full well it would take awhile, and I could help my girls heal, and realize that wasn’t how Dad’s were supposed to act. Once he finally took me to court (thanks to a friend of his for filling out all the paperwork – and paying for it). They agreed to 2 hours every other Saturday at specific locations only – and that he wouldn’t be able to take them anywhere. This lasted all of a month, before my girls told me that he took them somewhere. Again, I gave him another chance a few months later, and he would get angry if they were sick, or had a softball or soccer game (all of which he was welcome to come). Week after week we went thru this until I finally said NO MORE EVER AGAIN! I told him he can take me back to court, but I will NOT allow my girls to go thru this. At this point neither one of them wanted anything to do with him, and my oldest would beg me not to make her go. I told him if he wanted a relationship with his daughter’s he could start by calling them – he had my Mom’s number where the girls stayed after school, and he knew they were there until I picked them up after work. There would be an occasional call, and then they got less frequent …. and then stopped altogether.

It’s been over 2 years since my girls have seen their biological Dad (in fact, we ‘saw’ him on a bike ride one day, and he didn’t even recognize his own daughter when she waved!) His ‘friend’ has messaged me plenty of times about giving him another chance – but at what risk? So he’s doing well for awhile, it won’t be long until he slips again and I refuse to allow my girls to be another one of his victims.

I’ve heard many people say “It’s better to have a bad Dad, then no Dad at all” – those people obviously never dealt with a dead beat. One that doesn’t keep a job and pay child support, let alone emotional support. My girls have plenty of male role models in their lives – their step Dad, their Grandpa. They know that if at any point they wanted to have a relationship with him, that I wouldn’t stand in their way, they know what I’ve done, and all the chances I’ve given him – and honestly my oldest has told me she doesn’t even know what to call him. 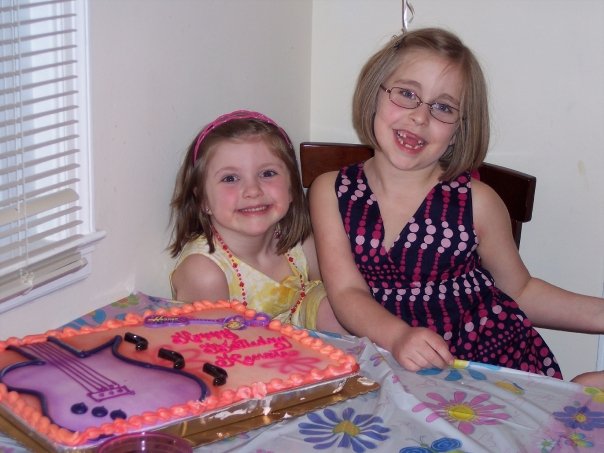 So with all that said – next time you hear about Mom’s trying to keep their children from these “fathers” who want to be apart of their kids life, don’t always assume that they Mom is the bad guy. Maybe, just maybe, she is making a hard decision to protect her children.

2 Responses to No I WON’T give him another chance ..EVER!