Merck Recalls Liptruzet – How It Affects You 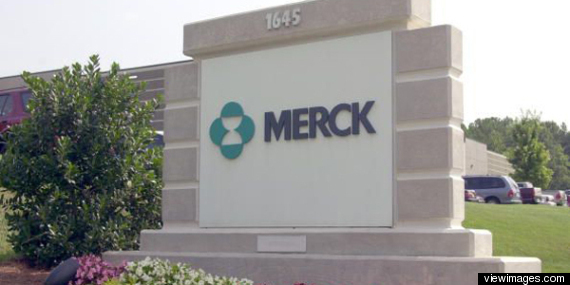 News erupted this week from the healthcare world as Merck took one of its new products off of pharmacy shelves through a nationwide recall.  Liptruzet is the cholesterol lowering drug that is manufactured by Merck, one of the world’s largest drug makers. It was approved by the Food and Drug administration in May, 2013 for the treatment of elevated low-density lipoprotein (LDL cholesterol). It combines two popular medications which work in tandem to help prevent heart attacks & strokes:

The drug has been recalled as of January of this year.  The reason for the recall is not due to any reports of the drug being harmful. The recall of Liptruzet is the result of defects found in the foil pouches that hold the pills. Merck has stated that the pouches could decrease the drug’s effectiveness by allowing air and moisture inside. The recall covers all four dose strengths and every batch distributed since the drug was launched in May of 2013.

With exception of patients who already have the medicine or pharmacies that are currently carrying it, the recall will effectively clear out Merck’s entire Liptruzet stock in the U.S. Cardiologists do not expect major health problems to result from the recall, mostly because both Atorvastatin and Zetia will remain available separately and can still be prescribed by physicians..

“Patients are not going to be in any harm’s way just going on atorvastatin until this packaging issue gets corrected,” says Dr. Kevin Marzo, chief of cardiology at Winthrop-University Hospital in Mineola, N.Y. Marzo has stated that since the drug has only been on the market for several months, it’s not likely that doctors have been prescribing it widely.

It is worth reiterating that the recall is focused on the packaging, not the drug itself.  It turns out that the foil pouch containers used to store the drug during transport are not as air-tight as the company would have liked them to be.  There is a slight possibility that air and moisture could enter the container which would oxidate the drug and reduce its overall effectiveness.  The possibility also exists that mold or other biological agents could “set up shop” in the packaging and cause health issues of their own.

“If a doctor feels a patient needs the combination treatment, then the doctor can prescribe both drugs individually and the patient can take two pills,” explains Dr. Deepak Bhatt, the executive director of Interventional Cardiovascular Programs at Brigham and Women’s Hospital Heart and Vascular Center, in Boston. Furthermore, Bhatt has said that the real risk of this recall is not ineffectiveness that may be caused by the packaging but that patients will hear about it and stop taking their cholesterol medication altogether. “Bottom line, this is something that can be addressed in a relatively straightforward way. The key is not to say, ‘Well, I don’t have to take anything in its place.”

Patients who still have Liptruzet can continue to it, according to Merck, and should talk with their doctor before they quit taking it.

The drug maker has issued a statement to reassure patients and pharmacies that have been carrying its Liptruzet stock, that they are working together with the U.S. Food and Drug Administration to correct the problem and are committed to resupplying Liptruzet to the US market with improved packaging “as soon as possible”.

There have been no reports of adverse reactions or product quality complaints thus far. Any reactions or problems from the use Liptruzet may be reported to the FDA’s MedWatch Adverse Event Reporting program online at:  www.fda.gov/medwatch/report.htm or via phone by calling (800) 672-6372.