As Americans, the home of the free and the brave, we don’t think about human trafficking as being an ‘at home’ issue for us. We assume Human trafficking is for poor countries, thousands of miles away, across the ocean. It seems to be something we sweep under the rug, we don’t like to talk about or think about. But it’s here – right in the U.S. and across the globe. 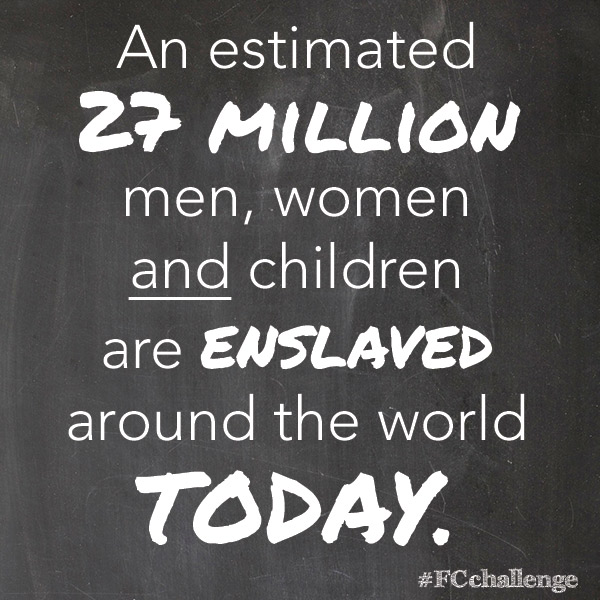 Between 14,500 and 17,500 people are trafficked into the U.S. each year. According to the U.S. State Department, 600,000 to 800,000 people are trafficked across international borders every year. More than 70% are female and half are children.Human trafficking is the third largest international crime industry (behind illegal drugs and arms trafficking). It reportedly generates a profit of $32 billion every year. Of that number, $15.5 billion is made in industrialized countries. *Facts from Dosomething.org 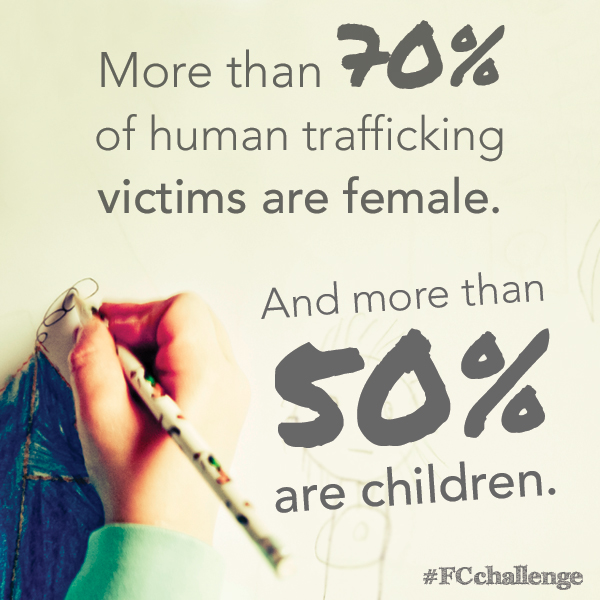 Family Christian Stores wants to help rescue those enslaved in the sex trade and keep them safe. You can donate now or from November 22nd – 30th shop in store or online, and all the earnings from your purchases will go towards The Challenge. More than $32,000 has already been raised by their employees, vendors and friends, with a goal of $150,000.

Help spread the word, and join the movement to stop sex trafficking! Feel free to add the #FCchallenge image to your social media sites to bring awareness to the cause. 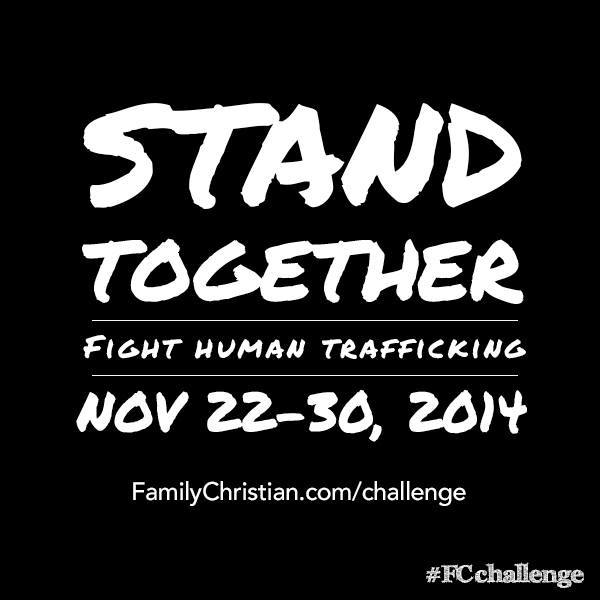 This entry was posted in Motivational Monday. Bookmark the permalink.