We’ve talked about fuel economy before, but I have had a lot of people ask some questions about what they’ve always been told about saving gas – is it true? So I did some digging and here’s what I came up with… 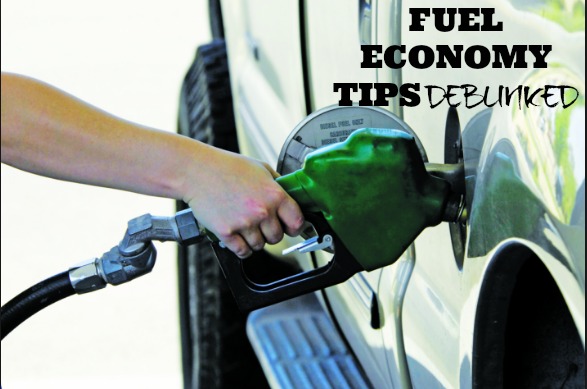 This post is sponsored by Pearson Chrysler Jeep Dodge Ram

Should You Warm Up Your Car Before Driving??

The newest most common consensus is a big fat no. Though back in the day some of the older cars may have ran better with a bit of a warm- up, but modern fuel-injected electronically controlled drive trains. Engines run most sufficient at regular operating temps, and the easiest and fastest way to get there is just to drive.

Can Running on Empty (or near empty) Hurt Your Engine?

So we’ve been told that running on empty can bring the debris from your gas tank into the engine and that it can cause big issues – however, the fuel pump always pulls gas from the bottom of the tank first , even when it’s completely full. If there is debris is your tank, it’s going to happen no matter if you keep your tank full or not. Though most vehicles nowadays have a fuel filter in the gas tank as well as one near the engine so most likey this isn’t a legit concern (which from a safety standpoint, not running on empty is a good idea, because you don’t want to run out of gas and get stuck in an unsavory situation).

Do Your Tires Really Play a Roll in Your Gas Mileage?

Believe it or not yet – but not a ton. A midsize sedan can lose 1.3 mpg if tires are under inflated by 10 psi. But more importantly, under inflated tires are more of a safety concern than anything. They also wear much faster and run hotter when under inflated, so be sure to check your tire pressure at least once a month (and more with major weather changes, or if you are driving more than normal).

Does Turning Off the AC Save Gas?

The harder the AC works, the more impact it has on your gas tank. So the hotter it is, the more gas it uses, which means more mileage that can be lost – on average 1-4 mpg. However, if it’s 90 degrees the gas mileage will probably be worth it since it’s so hot – unless maybe you are driving 80 down the interstate.

Is it True the More Stuff I Have in My Car, the More Gas I Use?

The more weight in a vehicle, the harder the engine works, which does effect the fuel economy. Especially if you are loaded down with anything on the roof (air dynamic). If you are just moving across town, or unloading stuff at Goodwill, you won’t notice a difference, but a road trip ? Plan to lose at least 4 mpg.

Should You Get Gas at Night vs During the Day?

Any extra gas that you might obtain by hitting up the gas station at night, wouldn’t make a practical difference. The theory of cooler gasoline being denser may be some what true, however most gas stations keep their gas lines underground so the temperature changes very little, if at all. So no, it doesn’t really make a difference.

This entry was posted in Car Love, Money Matters. Bookmark the permalink.