Posted on December 27, 2013 by Krissyar
As the year comes to an end, I look back at all the great events that I was able to participate in. Color Me Pink, Color Me Rad, The Color Run, The Neon Vibe, and my attempt at the Tough Mudder.
The one thing that I’ve loved about all these races, is that it gives me motivation and something to look forward to. Knowing that you are going to be participating with friends, and family, and also tons of people you don’t know, gives a girl some motivation to get – and keep- in shape. That is why for 2014 I am going to do my best to sign up for every 5k (or more) that I can. My goal is that in 2014 I can complete the Tough Mudder and stand proud with my Dad and sister. 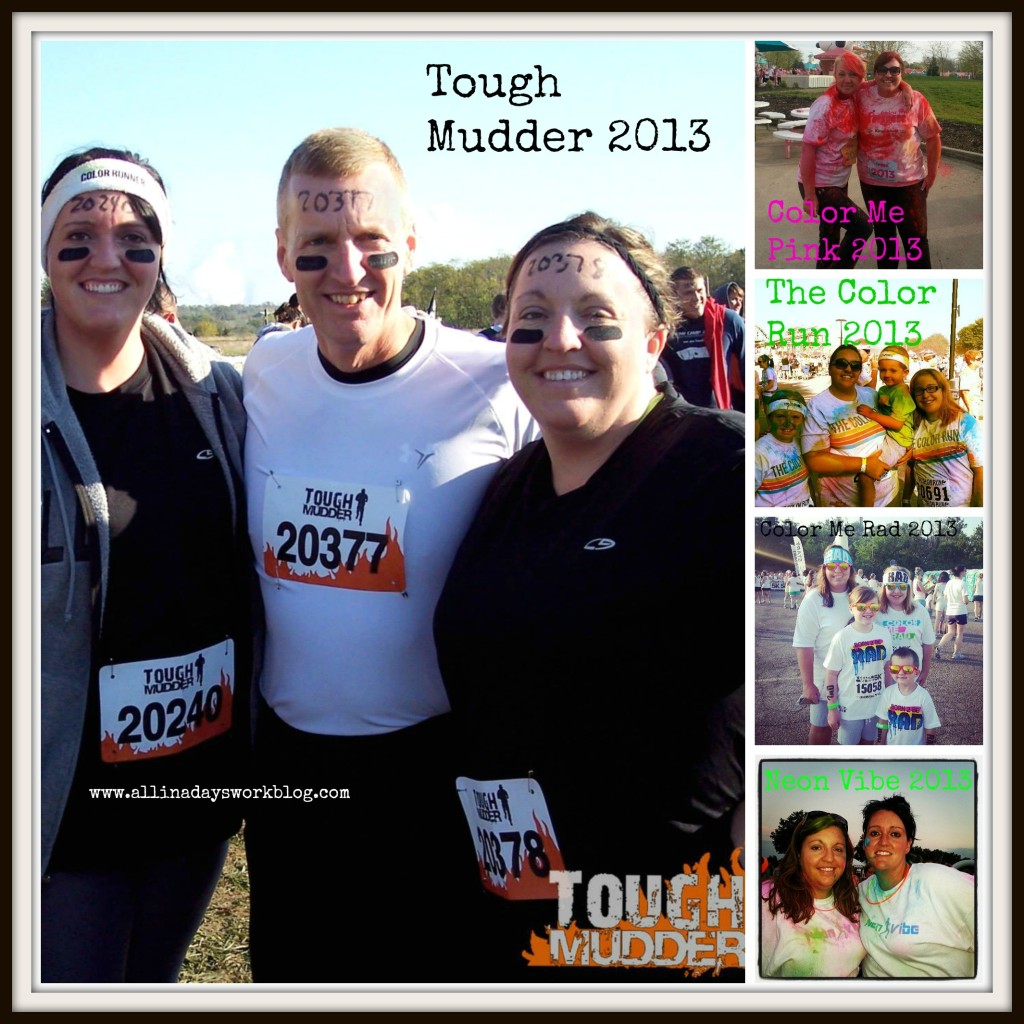 Here’s a great list of 5k’s coming to Cincinnati (or at least close to). I will be adding more as I find them, and they get dates set.
Hope to see you there!

The Color Run  – August 2, 2014 The Color Run will be in downtown Cincinnati! Proceeds will benefit The Leukemia & Lymphoma Society.

The Neon Vibe – no dates as of yet for Cincinnati/Dayton. This is unique 5k, as it’s done at DARK with black lights to show off your crazy color!

The Tough Mudder – not for the faint of heart, the Tough Mudder not only tests your physical capabilities, but your mental as well. Though I didn’t complete the KY 2013 Tough Mudder, my plans are to complete it for 2014. Kentucky dates are not yet posted, but Ohio’s Tough Mudder will be in Mansfield Ohio (about 3 hours from Cincy) on May 17th & 18th, 2014.

Color Me Pink – one of my favorite charity runs, Color Me Pink for the Susan G. Koman foundation, the Color Me Pink 5k is a fun color run – made entirely of PINK! No dates are set for this one, but I will definitely keep you updated as soon as I hear back from them! 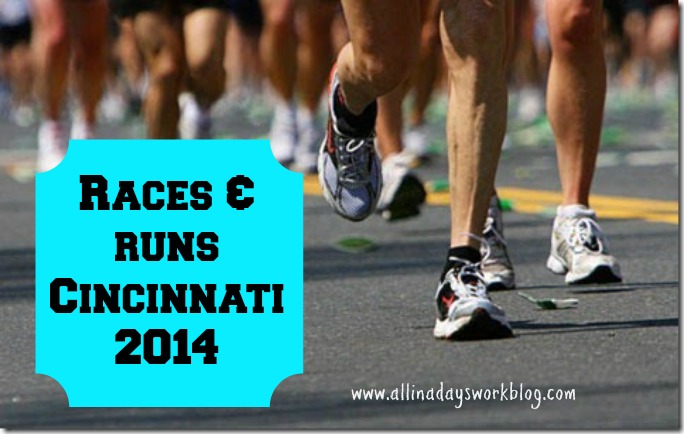 Here’s a list of more local races, by date. Don’t forget, the earlier you register the cheaper it is!

This entry was posted in Fitness Friday. Bookmark the permalink.