FIRST-EVER DETAILS ABOUT HARRY POTTER AND THE ESCAPE FROM GRINGOTTS 

Today Universal Orlando Resort revealed details about Harry Potter and the Escape from Gringotts  the revolutionary attraction found in the heart of The Wizarding World of Harry Potter  Diagon Alley. The Grand Opening date for the spectacularly themed environment will be announced at a later date. 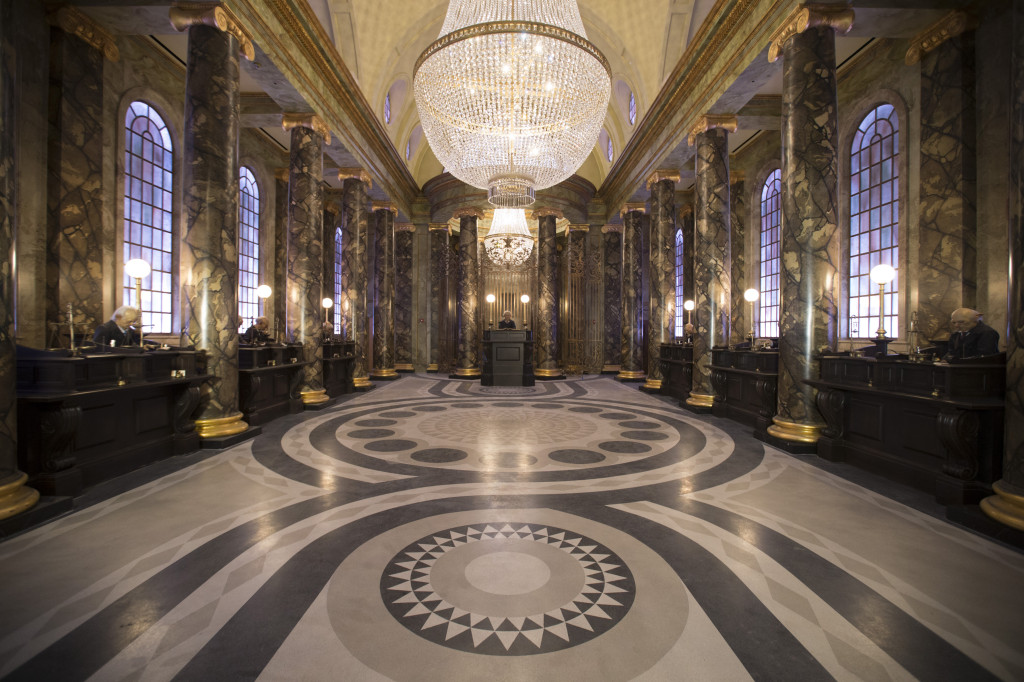 Imagine being part of the iconic moment from the Harry Potter film series where Harry, Ron and Hermione break into one of the most guarded places in the wizarding world  Gringotts bank  to retrieve a magical object that will help defeat Lord Voldemort. Youve seen the action on-screen, and now you get to be part of it.

Universals creative team worked hand-in-hand with Stuart Craig and his production team from the Harry Potter films to immerse guests in this pivotal scene from the final Harry Potter book and film.

During an action-packed, fully-immersive journey on Harry Potter and the Escape from Gringotts, you will:
· Marvel at the 60-foot, fire-breathing Ukrainian Ironbelly dragon atop Gringotts Wizarding Bank
· Tour Gringotts bank and pass through the marble hall where youll see goblins hard at work
· Race through a labyrinth of underground Gringotts vaults
· Encounter the villainous Death Eater, Bellatrix Lestrange, as she attempts to send you to your doom
· Come face to face with He Who Must Not Be Named
· Experience even more mind-blowing moments

Harry Potter and the Escape from Gringotts will change the way you think about theme park attractions, said Mark Woodbury, president of Universal Creative. Weve created an entirely new type of ride that propels guests into the story like never before, and guests will remember it long after their visit to Diagon Alley.

CLICK HERE to watch a video with more details about Harry Potter and the Escape from Gringotts.

The Wizarding World of Harry Potter – Diagon Alley will bring even more of Harry Potters adventures to life. The new area will double the size of the sweeping land already found at Universal Orlando, expanding the spectacularly themed environment across both Universal Studios and Islands of Adventure. Inside the land, guests will enjoy themed shops, dining experiences and the groundbreaking thrill ride  Harry Potter and the Escape from Gringotts.

For additional information about The Wizarding World of Harry Potter, visit www.UniversalOrlando.com/WizardingWorld.

About the Harry Potter Series
Harry Potter continues to be a global phenomenon. Each of the seven books by author J.K. Rowling has broken sales records, with the series to date having sold over 450 million copies worldwide and translated into 77 languages. The Harry Potter films, produced by Warner Bros. Pictures, have grossed more than $7.7 billion to date worldwide at the box office, making Harry Potter the largest-grossing film franchise in history.

About Universal Orlando Resort
Vacation like you mean it at Universal Orlando Resort  where every heart pounding, jaw-dropping, goose-bumping second counts. It is the only place where you can turn spending time with your family into spending time as a family. Together, you can soar above Hogwarts with Harry Potter, swing above the streets with Spider-Man, become a Minion in the hilarious and heartwarming Despicable Me Minion Mayhem ride, and join Optimus Prime in the fight to save mankind on the new mega-attraction, TRANSFORMERS: The Ride  3D. And, coming this summer, you can step into The Wizarding World of Harry Potter  Diagon Alley.

About Warner Bros. Entertainment
Warner Bros. Entertainment is a global leader in all forms of entertainment and their related businesses across all current and emerging media and platforms. A Time Warner Company, the fully integrated, broad-based studio is home to one of the most successful collections of brands in the world and stands at the forefront of every aspect of the entertainment industry from feature film, television and home entertainment production and worldwide distribution to DVD, digital distribution, animation, comic books, video games, product and brand licensing, international cinemas and broadcasting.