Thanks to Crowdtap and Verizon I was given the opportunity to check out the new Blackberry Z10 Smartphone. 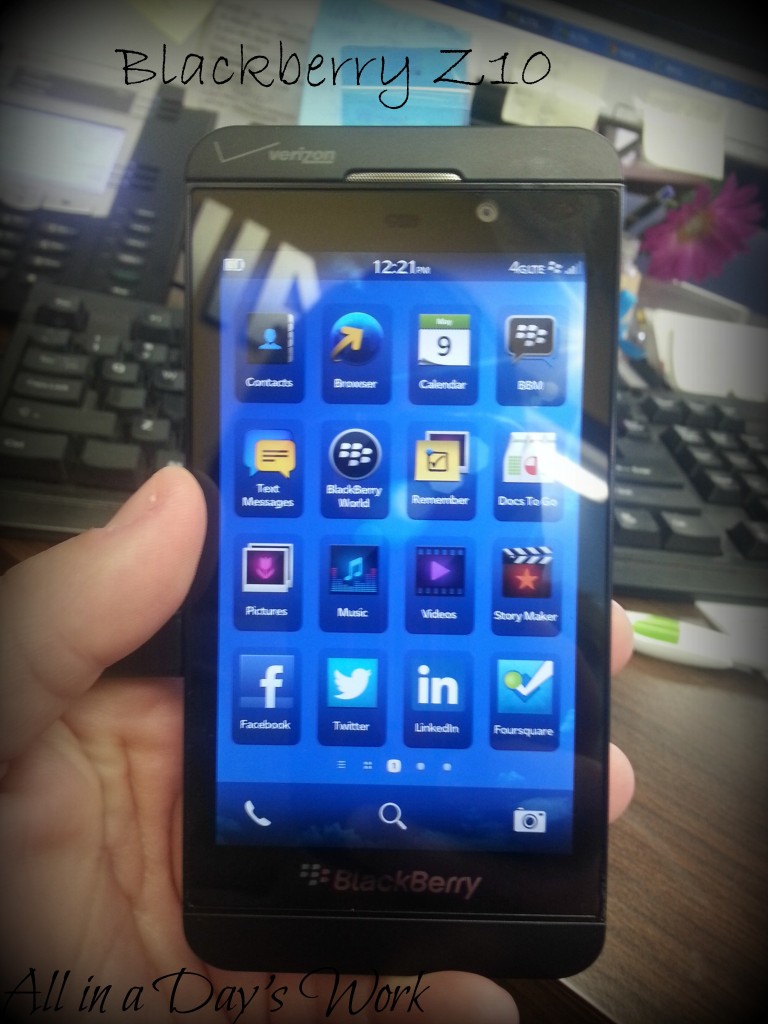 Now if there is one thing I love (besides my family of course), is my cell phone. You will rarely see it out of my hands, pocket, or off my desk. My husband has even nicknamed my cell phone “Josh” and likes to tell everyone I’m having an affair with “Josh” because I spend soo much time with ‘him’. (haha he thinks he’s funny).

What I do hate however, is learning a new phone. I’ve had the Samsung Galaxy S3 for awhile now, and I’m still learning tips and tricks, and honestly, still learning basic stuff. (Yes I’m one of the ones who finally had the lightbulb go off with an ‘OHHH,so that’s how I have been accidentally doing all those screenshots!)

So with that said, I jumped into the Blackberry Z10 and decided to learn what I could, so I could share it with you. Here’s some info you want to check out before you purchase you’re new Z10:

Does it have what it takes?

Though I wasn’t the biggest Blackberry fan in the past (don’t get me started; the keyboard itself was enough to drive someone foolish- and app store? Let’s not go there) the Blackberry Z10 Smartphone is definitely in the running to be on the top with iPhone & Android users. If you are a Blackberry ‘old school’ user, you’re going to love the new Z10, the sleek look and speed alone is enough to make you a believer.

Have you tried the new Blackberry Z10 phone yet? What are your thoughts?

4 Responses to Crowdtap Review: Blackberry Z10 – Can it compete?