We had a blast at the Color Me Rad 5k, and the Color Me Pink 5k this year. It was a lot of fun, but one thing I wasn’t so proud of was the amount of time I spent walking instead of running. Though I’ve been out of high school for um, years, I still have that competitive spirit about me…and sometimes I still think I’m that 17 year old girl who can run up and down the basketball court without breaking a sweat.

But I’m not. The years and babies and stress and partying turned this chic into a major slacker.

So I have decided enough is enough – the next 5k I enter will be one that this Mama will be movin’ it in. So I decided the best way to keep myself accountable was to start a Couch to 5k Challenge with some friends. It’s hard to wimp out when you have people keeping you accountable. It’s even harder when some of those people are the ones who are participating in the next 5k with you. 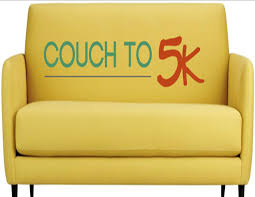 Anyone else up for the challenge?? Come join our group on Facebook to help keep each other accountable – and watch yourself turn into a runner.  I have seen this program work for others and I know if we stick with it, it will work for us too!

Not up to joining the group? Check out the Couch to 5k app in the app store (both free & paid versions), or follow  the plan listed below. It’s really a simple work out, and only requires 3 days a week as a commitment. Come on, even I can commit to that! 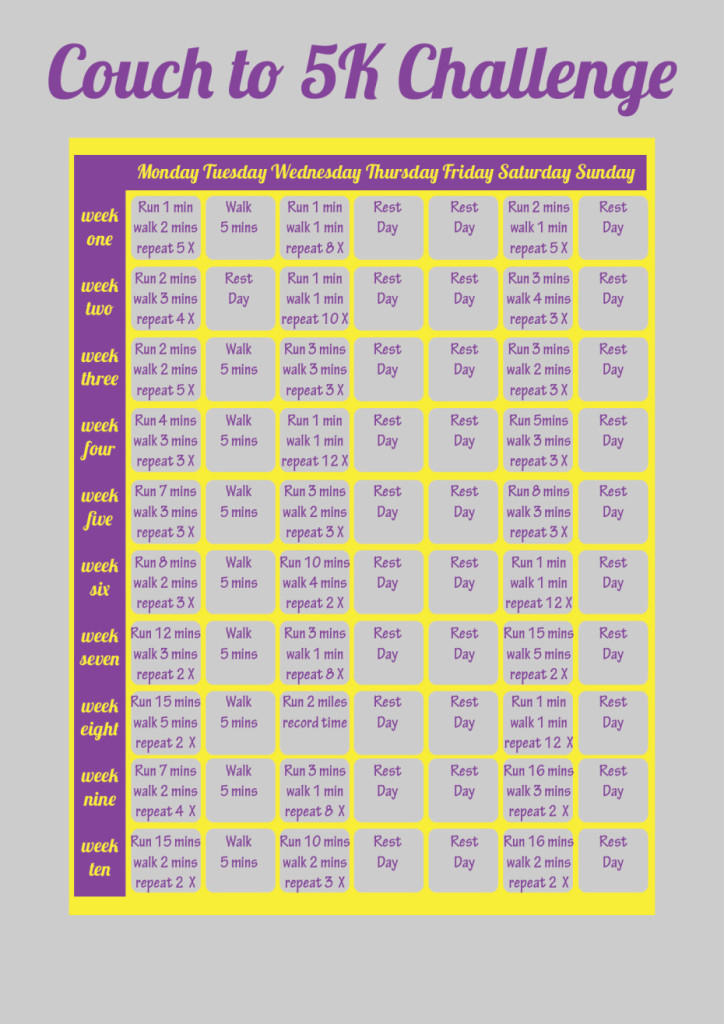 This entry was posted in Fitness/Health and tagged couch to 5k. Bookmark the permalink.

3 Responses to Come Join the Couch to 5k Challenge