Behind the Scenes at Dent Schoolhouse & Giveaway

Anyone who knows me personally knows I am a bit of a chicken when it comes to haunted houses (or even horror movies). The few that I have went to, something crazy always happens – like losing my shoe as we are running away only to come back with a scary guy holding a chainsaw standing over it (true story) or bumping into my friend who said my name, which in case caused the entire scary cast to whisper, yell or scream my name the entire rest of the haunted house! 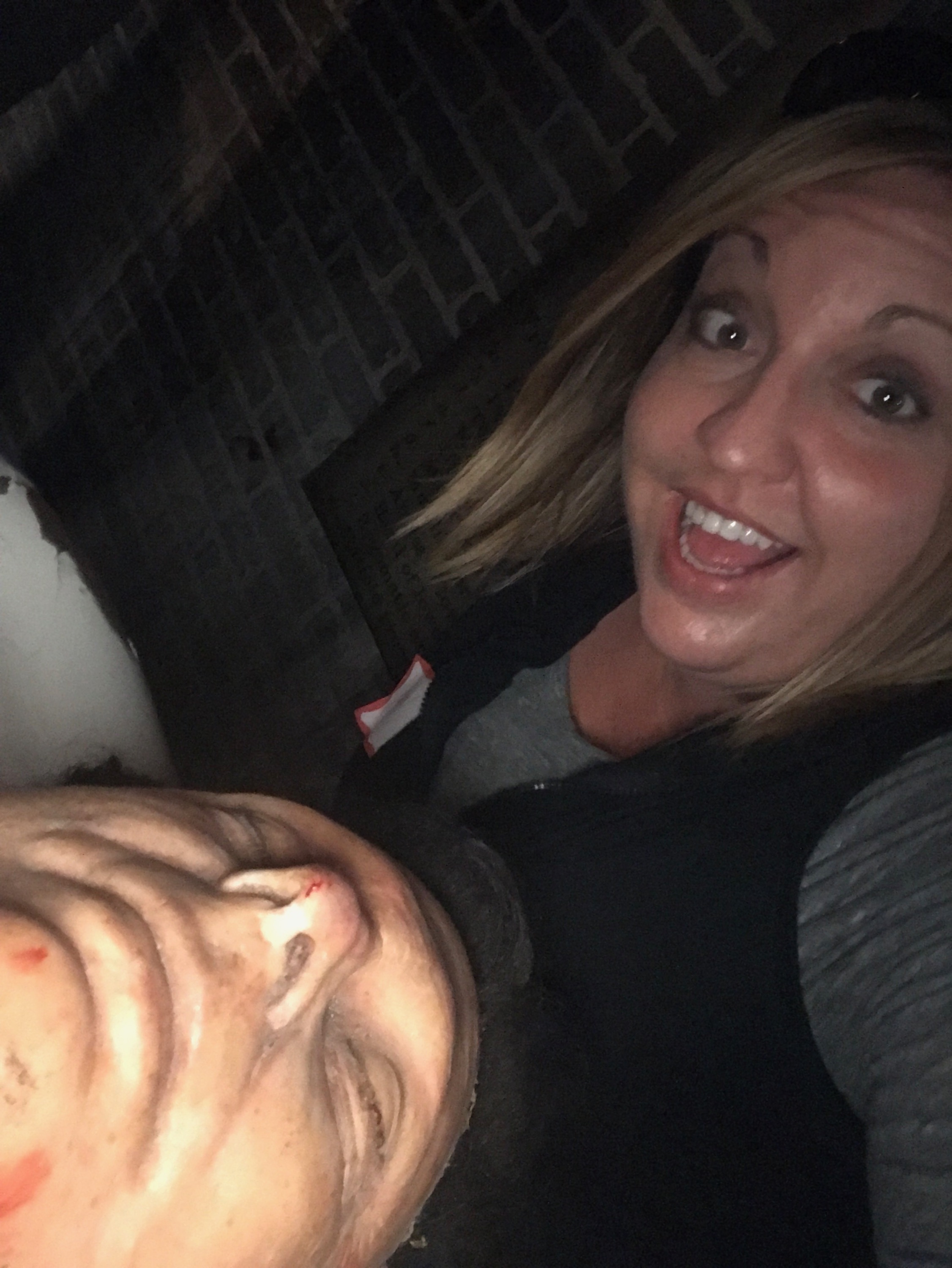 So I was intrigued when I found out that I was going to have the opportunity to get a behind the scenes tour of the Dent Schoolhouse – LIGHTS ON – courtesy of Dent Schoolhouse and Dunkin’ Donuts. Especially since it’s rumored that the old school house, is in fact, haunted! 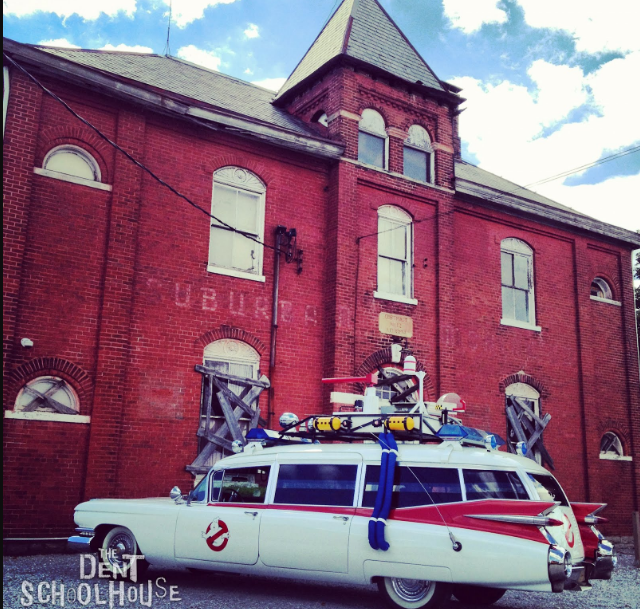 So here’s the story – The Dent Schoolhouse actually used to be a real school back in the day and rumor has it that school children started to go missing back in the 40’s & 50’s, and that Charlie, the school janitor, was responsible. In fact, it is said that he had the rotting bodies of murdered students in gruesome states of disarray in the basement!

Now no one can say either way if this is true or not, but the school did close down in the 50’s and was never opened again, until the Boy Scouts took over to open the house as a haunt. It’s now been a haunted house for 20 years, with visitors from all across country! 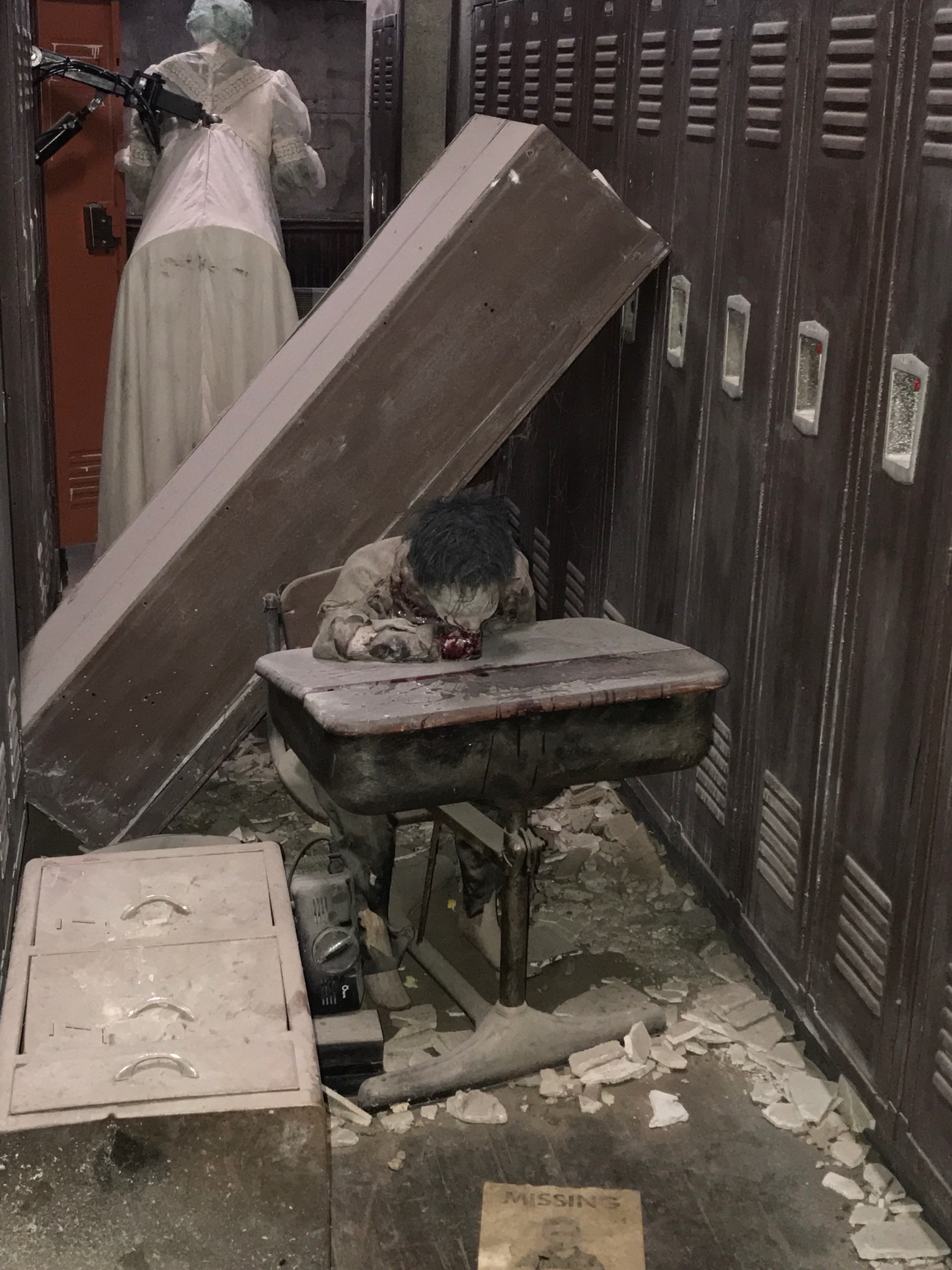 I have to say, going into the basement of a haunted schoolhouse, even with the lights on, was a bit frightening to me. Of course I was at the back of the line, so I kept waiting for someone to jump at me or touch me (which thankfully didn’t happen) but I just might have been on edge a bit while getting the tour. 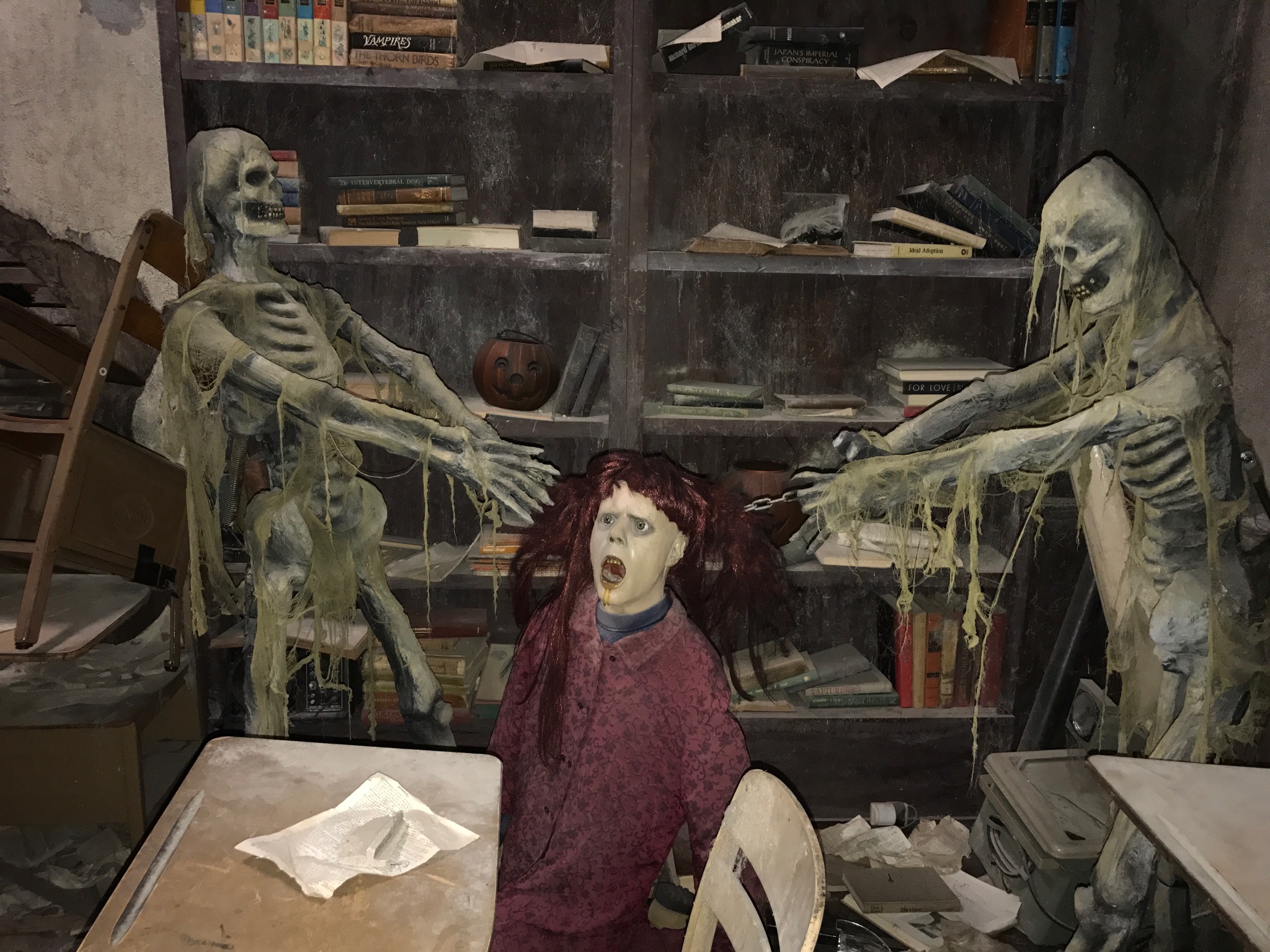 In keeping with the authenticity of the early decade schoolhouse, all the artifacts are in fact from that era. Also most all the props, masks, and scary bloodbaths are also made in house by the staff at Dent.

Each year at least 1/3 of the house gets ‘revamped’ so that each year you get a new experience! Take the skull room for example; the skulls in the room- were legit, hand painted one-by-one by the staff. Each was painstakingly put on the wall; hours and hours went into the skull room alone! (In my opinion, it was one of the most impressive!) 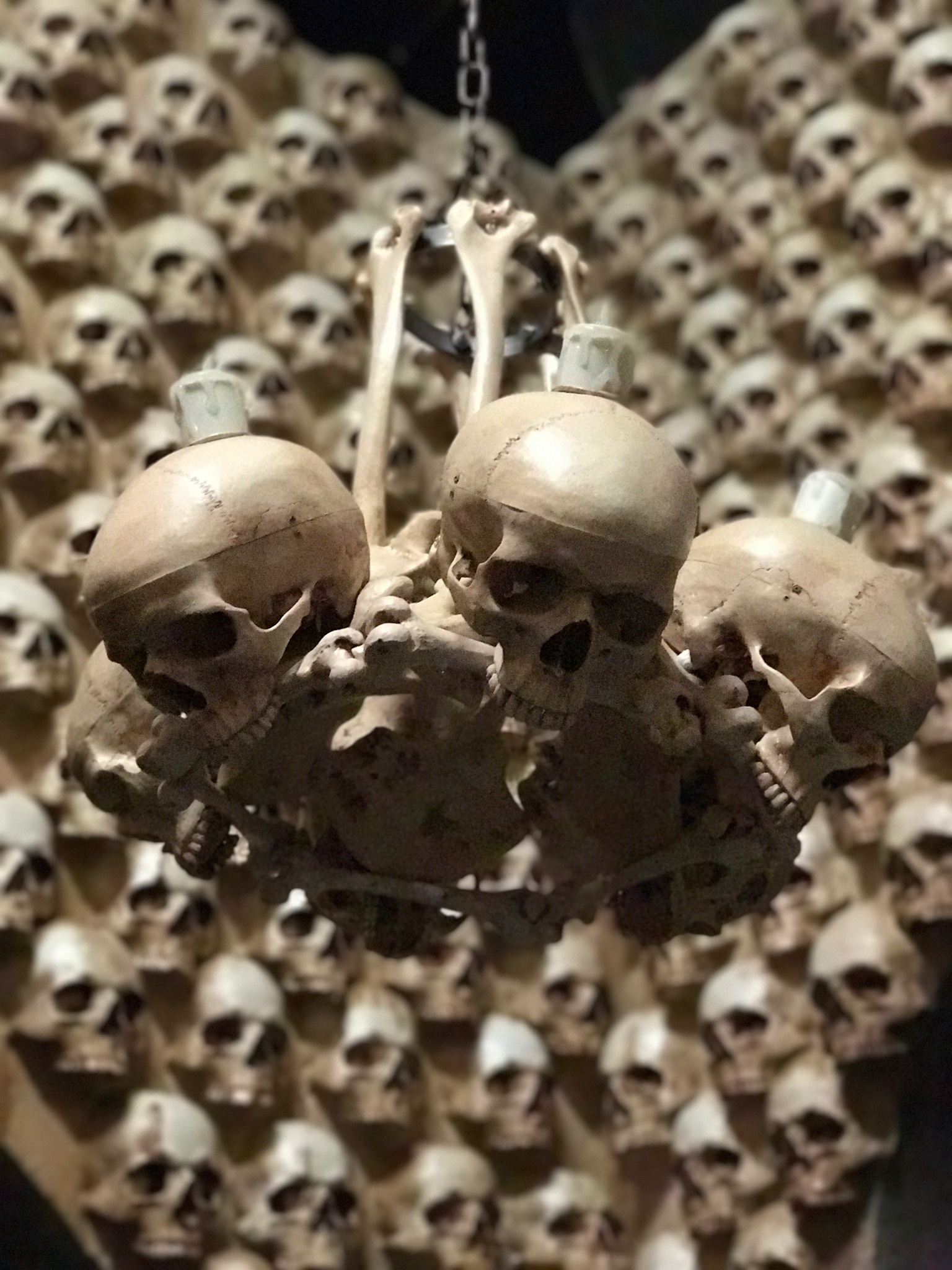 The Dent Schoolhouse is open late September, through the first weekend in November. They have their daytime ghost tours on Wednesday (you must buy your tickets online prior to visiting for the ghost tour, because they do sell out fast!)
The haunt is opened Thursday – Sunday, and of course Friday & Saturday is when you will have the longest wait. (Don’t worry – they have plenty of scary ways to keep you on your toes while you are waiting).

LIGHTS ON TOUR – kind of what I experienced, but for the kids =) Introduce your kids to the haunted house with the lights on, and no actors. Some friendly ghouls will be passing out candy and treats, and it can make for a fun family experience. 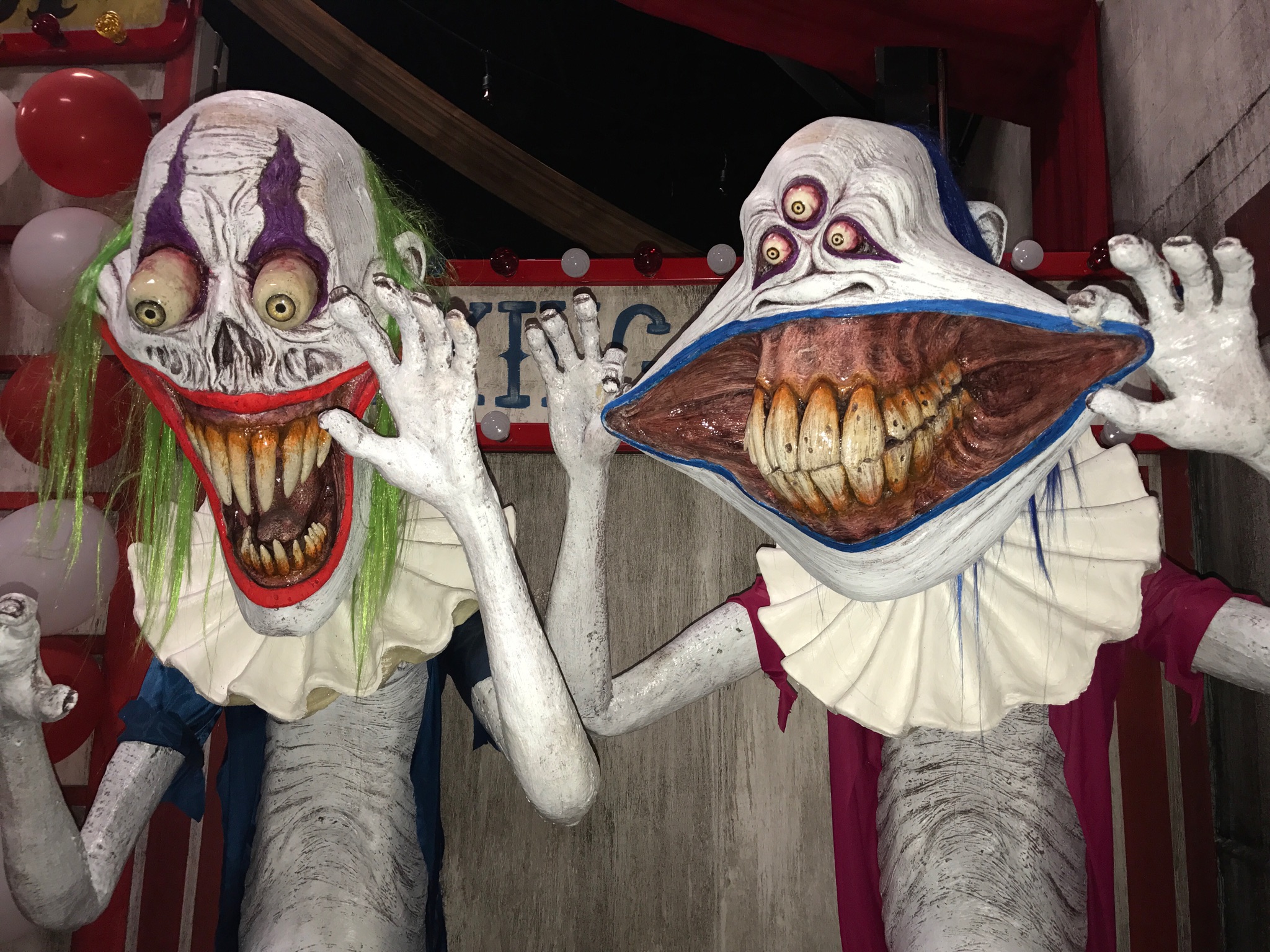 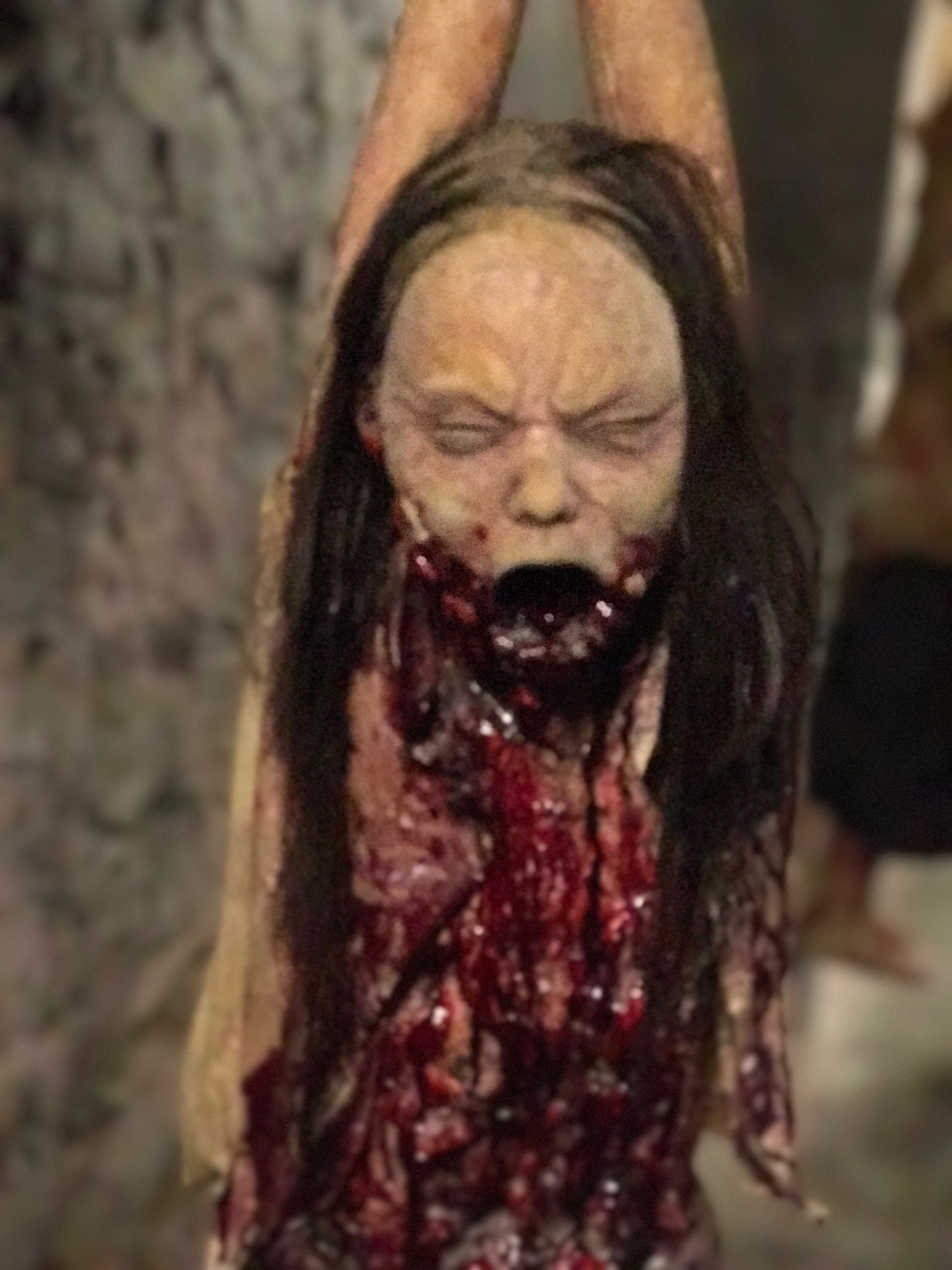 November 3rd & 4th is the LIGHTS OUT WEEKEND which is where there are NO LIGHTS on throughout the entire visit, and you can even purchase a TOUCH pass which gives the staff permission to TOUCH YOU through the visit. The thought alone gives me nightmares, but some really seem to enjoy it! These sell out quick as well, so make sure you purchase your tickets in advance. 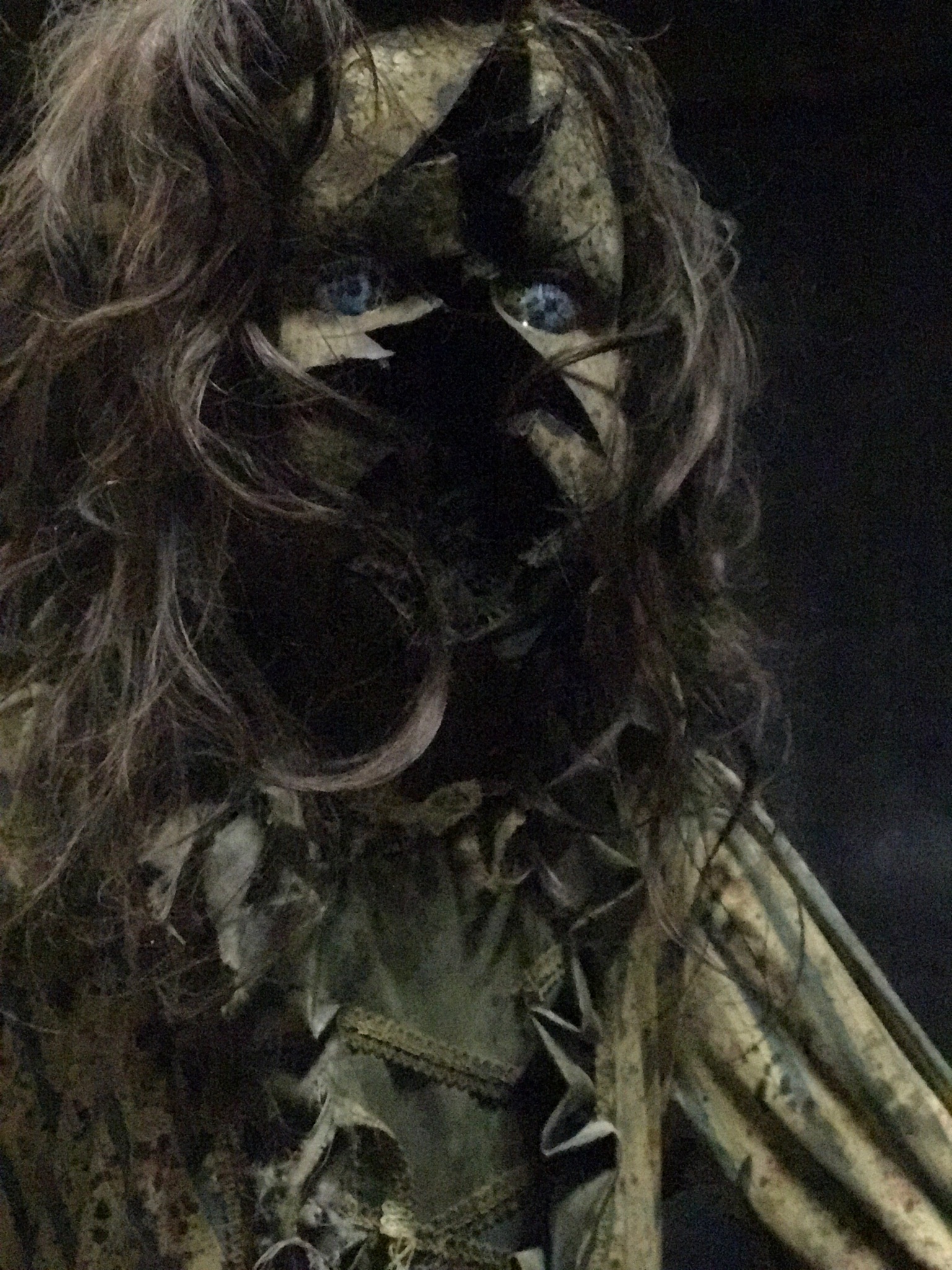 You can get discounted tickets at your local Dunkin’ Donuts, Costco and other retailers (just ask!)
Dent is also a CASH ONLY facility, so make sure to stop at the bank on the way – if not, there is an ATM on property. 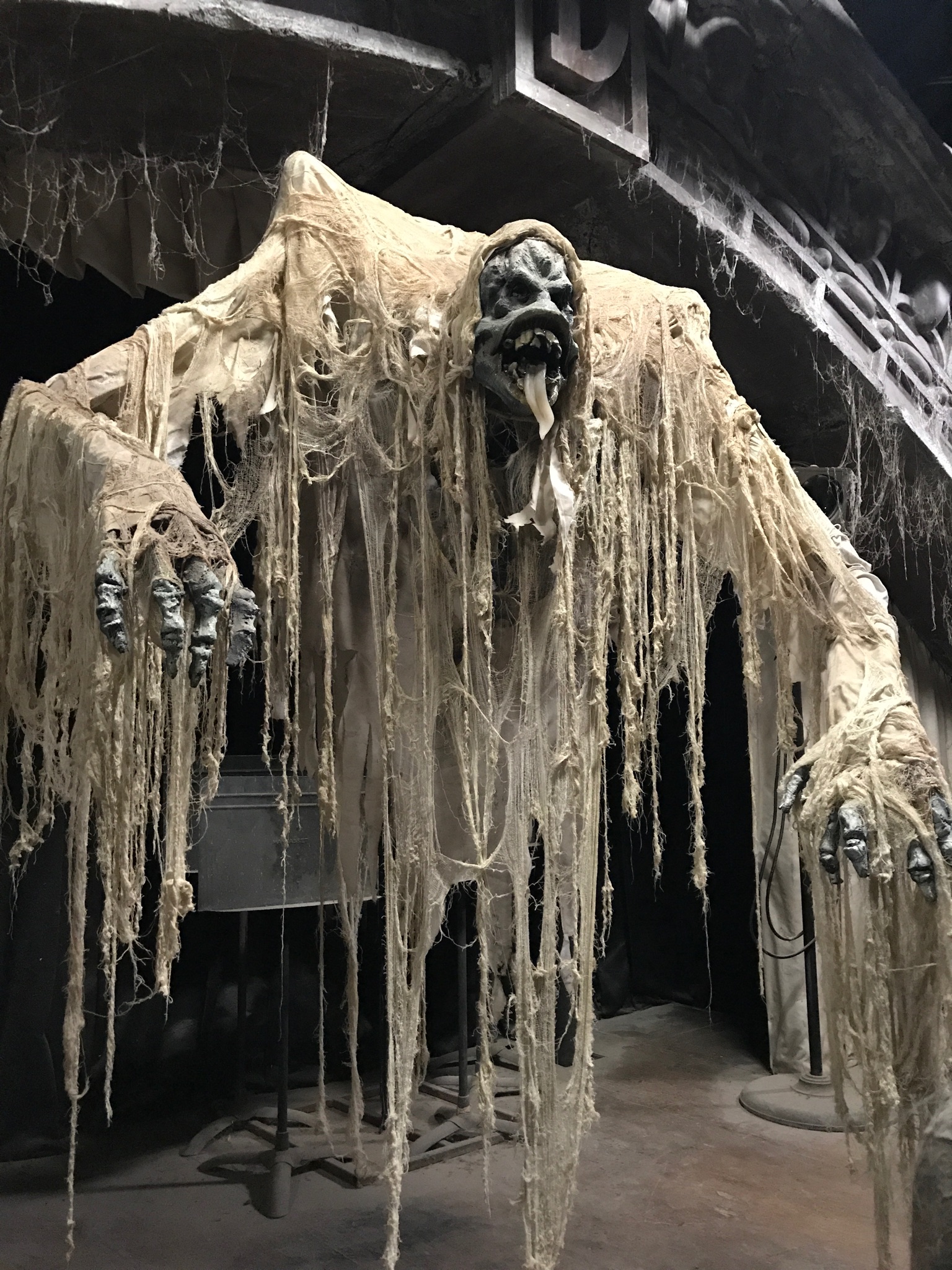 They have a concession stand for you to get treats and drinks while you wait (which includes my favorite, Dunkin’ Donuts iced coffee) as well as a gift shop!

Dent was selected as one of the official top scariest haunted houses & attractions by America Haunts and rated one of the world’s scariest haunts by Haunt World last year. You can get t-shirts, keychains, and more to show that you survived Dent Schoolhouse! 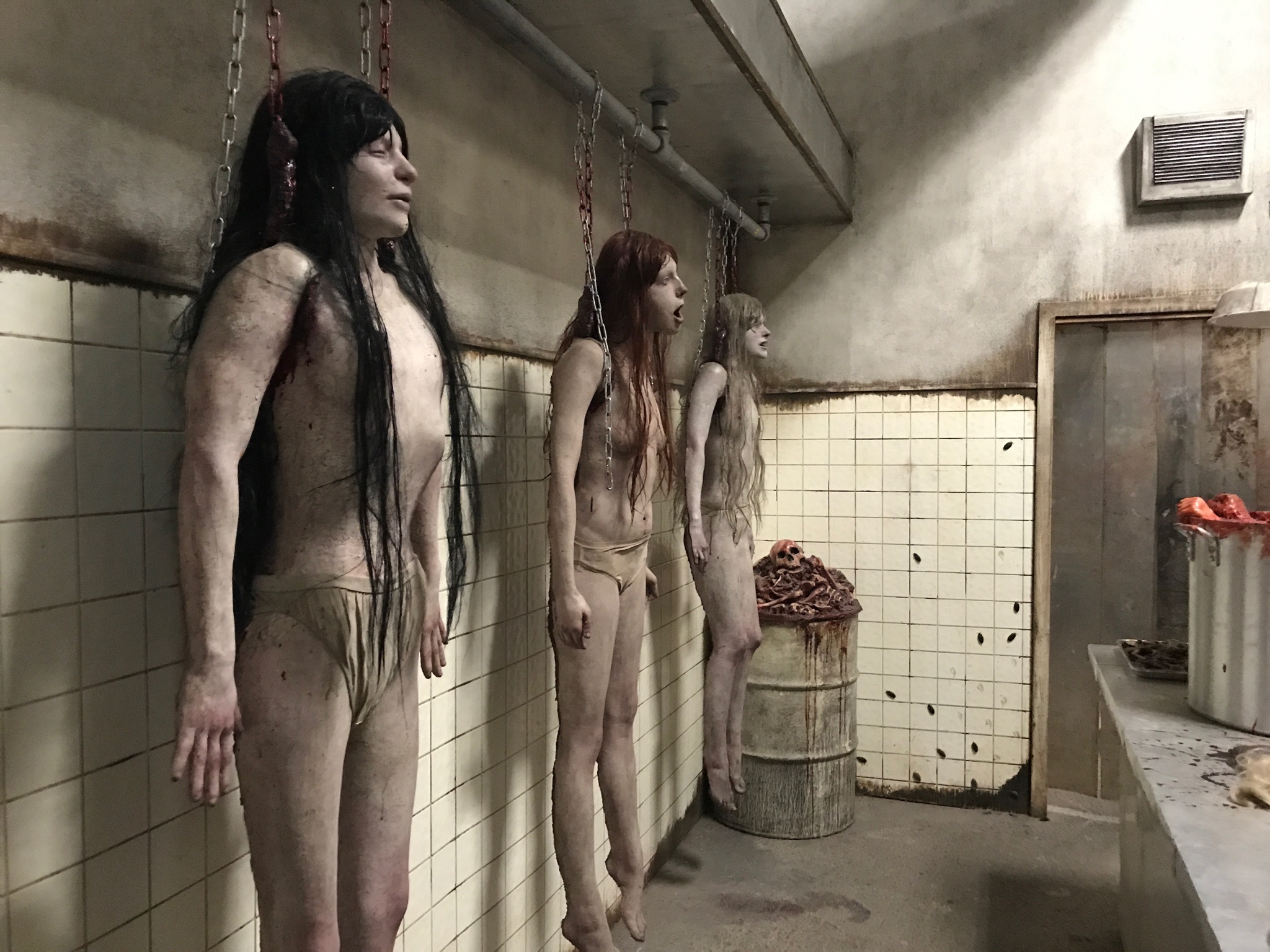 Now it’s time to get your scare on! Enter to win 2 tickets to experience Dent Schoolhouse for yourself! Just enter in the rafflecopter below: