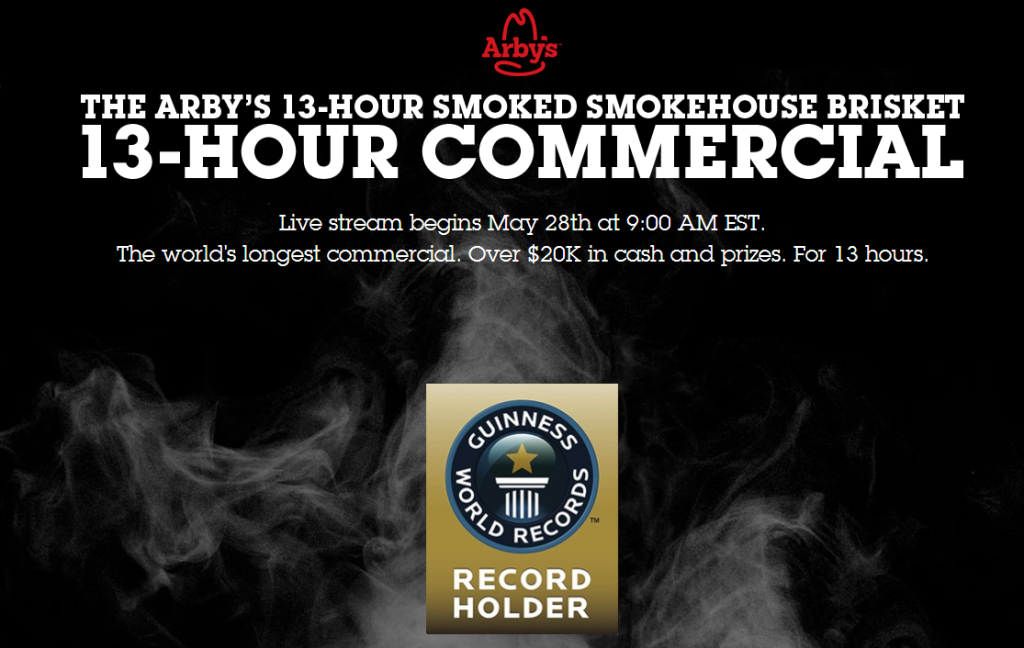 Because Arby’s understands this is something you need to see to believe, there will air a digital encore to the broadcast airing at 13hourbrisket.com TODAY, Wed., May 28, featuring $20,000 in barbecue-themed prize giveaways. The commercial will begin airing at 9 a.m. ET and will run for 13-hours.

This entry was posted in Sweeps. Bookmark the permalink.