I am a member of the Collective Bias®  Social Fabric® Community.  This shop has been compensated as part of a social shopper amplification for #CollectiveBias and its advertiser. 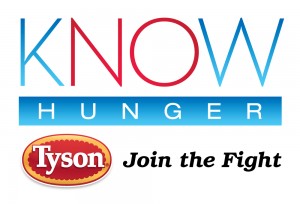 It’s hard to believe that in the good ol’ US of A – the country of freedom and opportunity, with the luxury of grocery stores everywhere and fast food stores on every  corner , there is an epidemic at large.

For 1 in 6 people* in the United States, hunger is a very real struggle. Many people believe that the problems associated with hunger are confined to small pockets of society, certain areas of the country, or certain neighborhoods, but the reality is much different. Millions of Americans are at risk of hunger.  These are often hard-working adults, children and seniors in your community who simply cannot always make ends meet and may be forced to go without food.

In an effort to help raise awareness of hunger in the United States, Tyson Foods initiated the KNOW Hunger campaign in early 2011.  The project is designed to encourage people to KNOW the scope of hunger in their own communities and get involved in relief efforts, so someday there will be NO hunger in our country. The campaign launch also included Tyson’s commitment to donate one million pounds of high quality protein (boneless, skinless chicken breasts) to 37 food banks across the U.S. during the month of March.  Each food bank will receive a full truck load, or about 29,000 pounds, of boneless chicken, enough to serve 116,000 meals per community.

Tyson Foods has stepped up- and even Walmart is getting involved and promising to feed 5 million kids this summer! Are you doing your part? 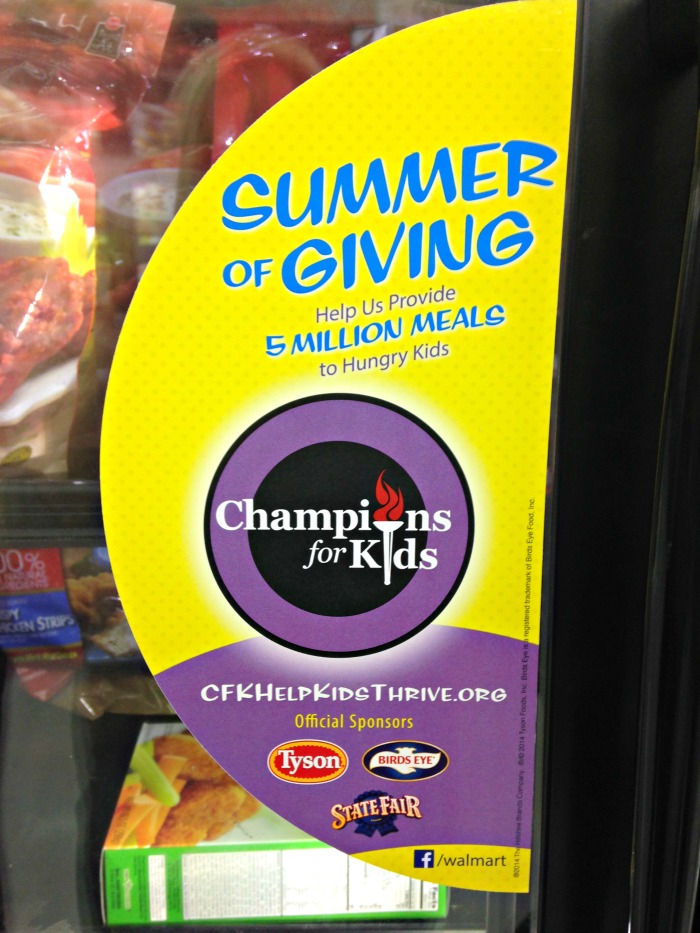 I talk openly to my kids about how blessed we are – I had times when I was a single Mom that we would of been added to this list of statistics if it wasn’t for friends and family who pitched in and dropped off groceries when money was tight. I can’t tell you how many nights I ate a 45 cent bag of noodles (at least I had food – and let me tell you I could make some mean noodle-hot-sauce-cracker dinners!) Because we are so blessed, my family loves to “pay it forward” whenever we can.

I love to buy from companies that give back so the  kids and I made a trip to Walmart to pick up some great Tyson Food items – for us – and for a needy family who recently experienced a loss of a parent. 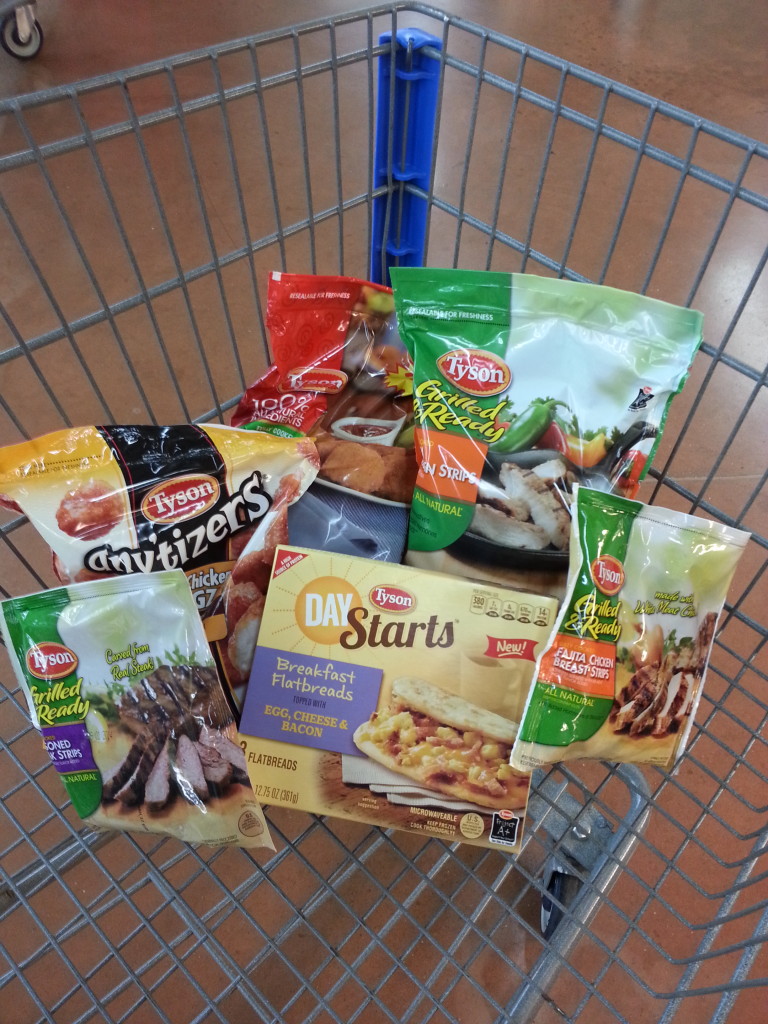 We grabbed some great easy to heat up Tyson Day Starts for breakfast, Tyson Grilled & Ready steak and chicken strips for a yummy lunch (so many options with these) as well as some BBQ Any’tizers , and Tyson Chicken Nuggets for dinner. We also grabbed some bread, milk and cheese to donate to the family in need. 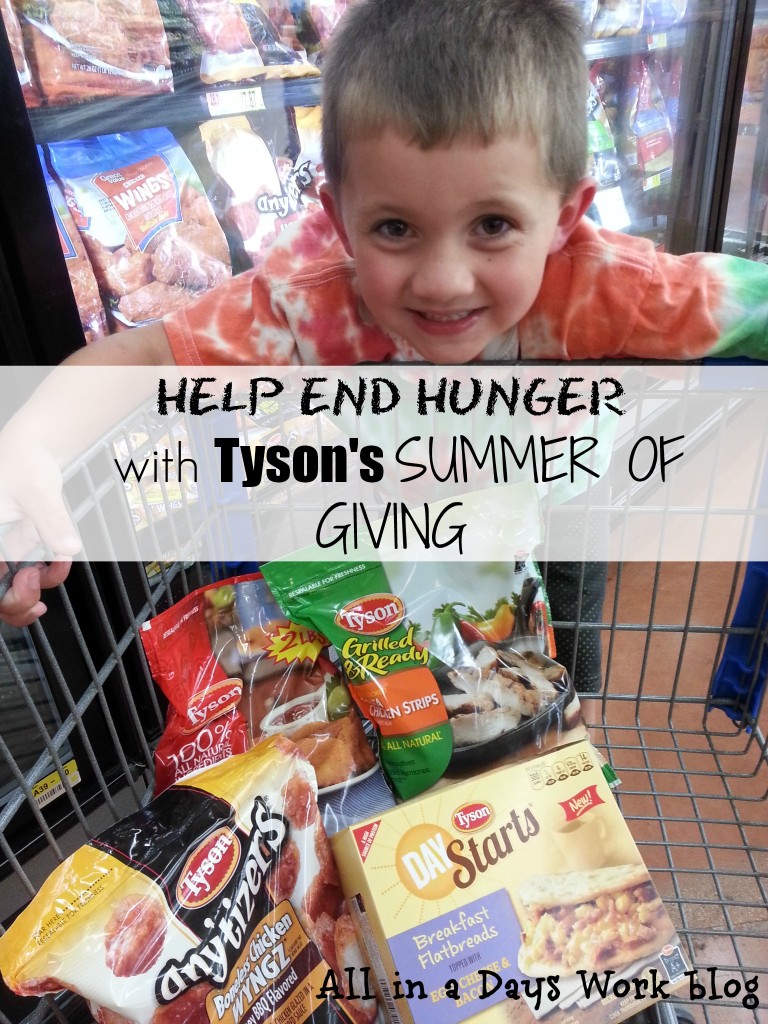 Since we know the needy family, we decided to stop by and have my daughter give them the bags of food. They were extremely grateful, and even promised to pay it forward when they got back on their feet. My kids felt great being able to help out a needy family, and it made me feel good to know that I’m raising some pretty great kids. 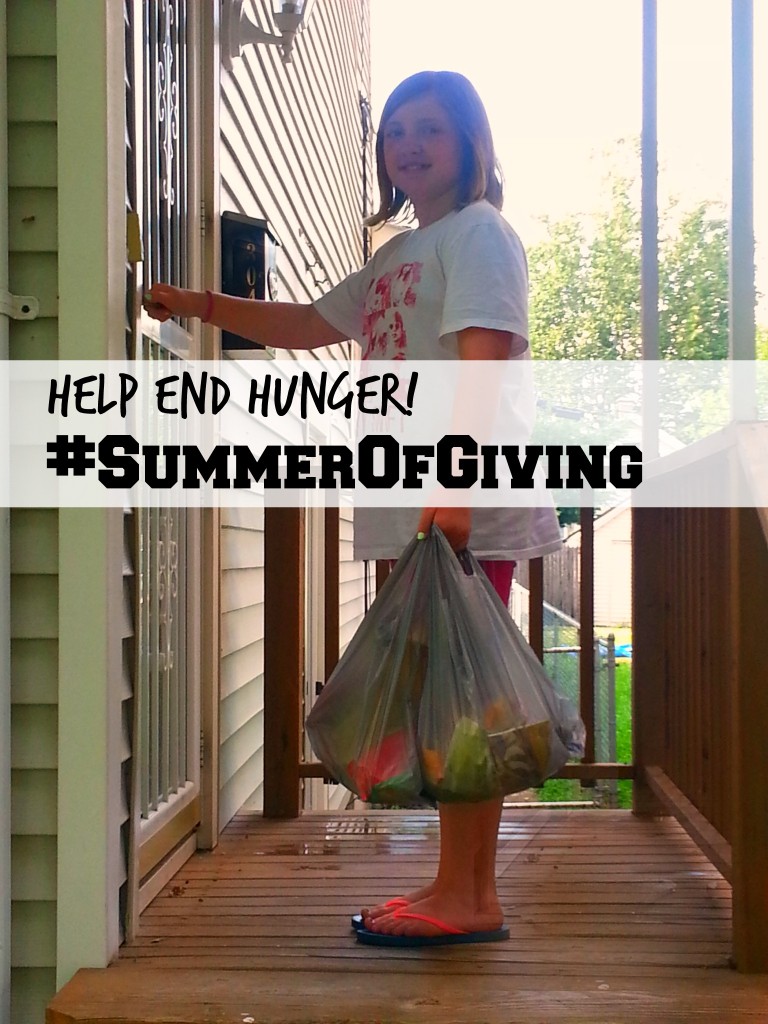 What I love about Tyson is they can definitely help make dinner simple. Our family loves mexican food, but making our favorite enchilada recipe  can take time – especially if you have to bake the chicken, let it cool, shred it and then season it up. Tyson’s Grilled & Ready Chicken and Steak Strips actually make it pretty easy. Through on some re-fried beans, make the enchilada sauce,  get out the guac and salsa and bam! Dinner is served! 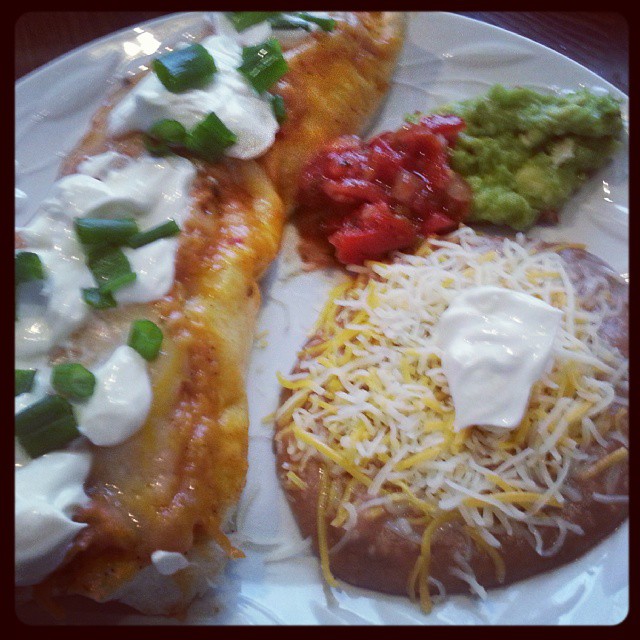 This entry was posted in Recipes, Reviews/Giveaways. Bookmark the permalink.