7 Best Museums to Visit When in Chicago

Chicago is a great place to spend the weekend, but if it’s a family trip you’re planning, or you’re just in the mood for some intellectual stimulation, the museums here are worth a visit. To help you make your choice, here we’ve listed the best museums in Chicago- spend your time at any of these and you won’t go back disappointed. 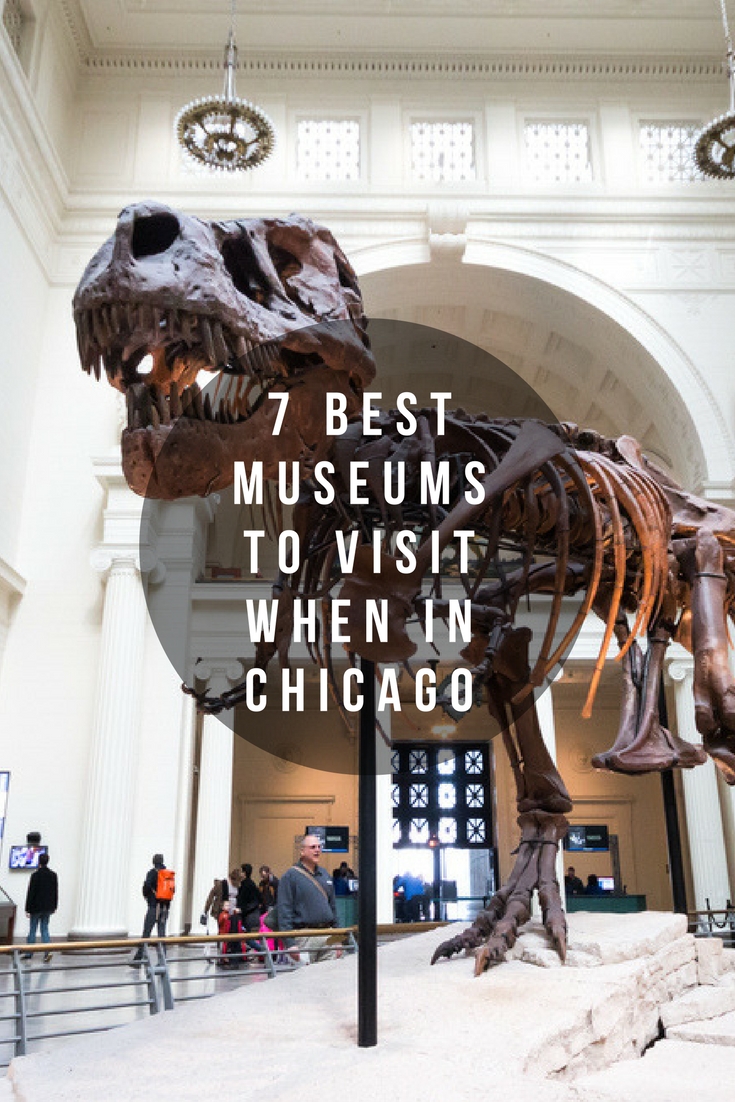 Museum of Science & Industry
The Museum of Science & Industry has been, since the time of its inception, focused on imparting the knowledge of science and industry to the public. Here you’ll find everything from coal mine exhibits and the German submarine that was captured during world war II to special LEGO structures and the Apollo 8 module. Prepared to be fascinated when you’re here.

Shedd Aquarium
If you’re keen about exploring life under the water, Shedd Aquarium is a must visit. Enter here and you’ll find a different world altogether- discover more about coral reefs and aquatic life in general. There are tons of exhibits (read 32,000) here too. What’s best is that Shedd Aquarium takes pride in dedicating itself to the preservation of life under water and actively takes steps to protect endangered species.

University of Chicago Oriental Institute
This one’s built on the campus of University of Chicago and is a small teaching museum, but enough to keep your mind stimulated. Here you’ll find a rich collection of Egyptian artifacts- think mummies, carved tablets and human headed bulls.

Adler Planetarium
The Adler Planetarium was founded in the year 1930, which makes it the oldest one in America. It now boasts of having an extensive exhibit space and offers a breathtaking view of the skyline of the city. You can also get to be a part of the featured shows they have on everything space.

The Field Museum of Natural History
This one’s best known for its dinosaur displays, but there’s a lot more than just that to explore. This museum is also believed to hold more than 20 million objects- everything from priceless gems to Egyptian mummies.

Peggy Notebaert Nature Museum
This one attempts to bring nature a bit closer to you with its extensive exhibits on local birds and habitats. It also boasts of having archives dating back to the 19th century. This nature museum is also a home to more than 1000 butterflies and you’ll find everything from huge greenhouses to exotic birds here.

National Museum of Mexican Art
This museum is specifically dedicated to preserving and stimulating the Mexican culture and what it has to offer. Though it may not be as big as the other museums we’ve listed here, it has one of the largest collections of Latino art and everything from modern protest installations to pre Columbian art.