I participated in this sponsored campaign on behalf of One2One Network. All opinions stated are my own.

This year when my daughter got her first smartphone she begged me to allow her to download the Wattpad app. So after my research I realized Wattpad was an awesome app that gave you millions of popular stories to choose from written by amateur and published authors – right at your fingertips. It alerts you when new chapters are uploaded in stories that you’re reading, and allows you to talk to the authors and other readers and discuss all the great writing.

My daughter loves to read (and write) on the app, and most amateur writers probably figure that  only a few people might actually read their stories since there are soo many to chose from. I’m sure that’s what Anna Todd thought when she first started her story based on One Directions Harry Styles;  the story  is based on Tessa an optimistic freshman at Washington State University and the dark, troubled British bad boy who steals her heart.
Every few days Anna would add more to her story – and since last Spring has had over a billion views and 6 million comments. It’s now being turned into a four-book series by Simon & Schuster, and Paramount Pictures has acquired the film rights to adapt the After story for the big screen 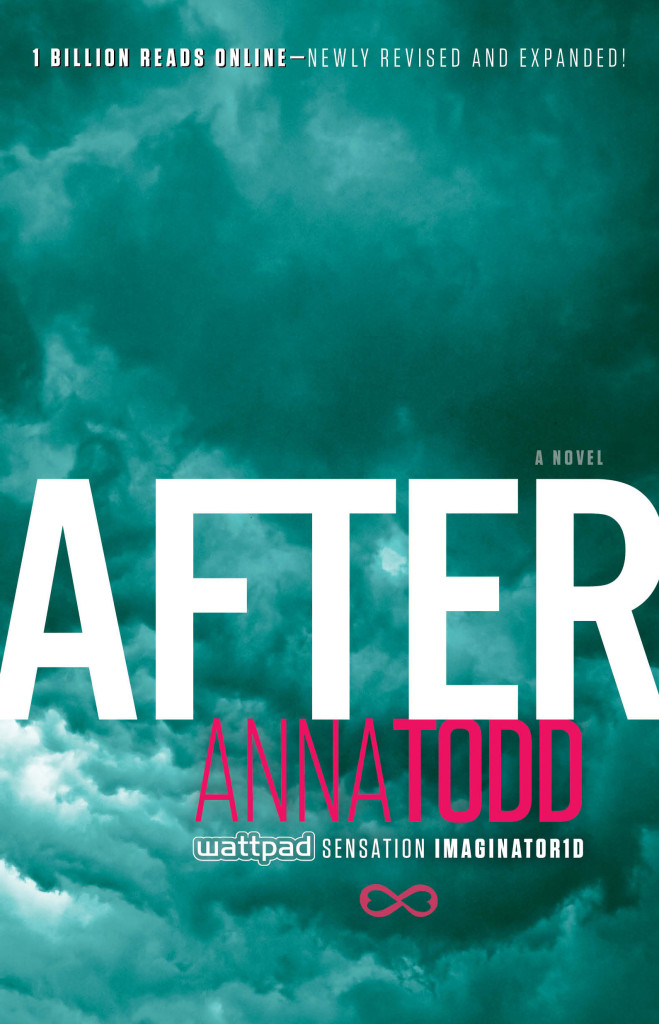 Enter to win your own copy of AFTER book 1 in the series!