The History Behind Memorial Day 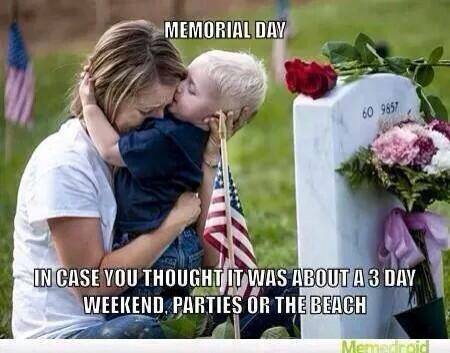 I have, like most of you, seen this picture go viral all over Facebook, Twitter and Pinterest. Though I know we have a Memorial Day to celebrate those who are willing to make the ultimate sacrifice and those who have, most of us spend the 3 day weekend celebrating well, ourselves.  When is the last time you spent ANY of your Memorial Day actually honoring our soldiers?  Do you even know the history behind why? How it came to be?

History of the Holiday

The practice of decorating soldiers’ graves with flowers is an ancient custom. Soldiers’ graves were decorated in the U.S. before and during the American Civil War. A claim was made in 1906 that the first Civil War soldier’s grave ever decorated was in Warrenton,Virginia, on June 3, 1861, implying the first Memorial Day occurred there. Though not for Union soldiers, there is authentic documentation that women in Savannah, Georgia, decorated Confederate soldiers’ graves in 1862. In 1863, the cemetery dedication at Gettysburg, Pennsylvania was a ceremony of commemoration at the graves of dead soldiers. Local historians in  Boalsburg, Pennsylvania, claim that ladies there decorated soldiers’ graves on July 4, 1864. As a result, Boalsburg promotes itself as the birthplace of Memorial Day.

Following President Abraham Lincoln’s assassination  in April 1865, there were a variety of events of commemoration. The sheer number of soldiers of both sides who died in the Civil War, more than 600,000, meant that burial and memorialization took on new cultural significance. Under the leadership of women during the war, an increasingly formal practice of decorating graves had taken shape. In 1865, the federal government began creating national military cemeteries for the Union war dead.

The first widely publicized observance of a Memorial Day-type observance after the Civil War was in Charlestons, South Carolina, on May 1, 1865. During the war, Union soldiers who were prisoners of war had been held at the Charleston Race Course; at least 257 Union prisoners died there and were hastily buried in unmarked graves. Together with teachers and missionaries, black residents of Charleston organized a May Day ceremony in 1865, which was covered by the New York Tribune and other national papers. The freedmen cleaned up and landscaped the burial ground, building an enclosure and an arch labeled, “Martyrs of the Race Course.” Nearly ten thousand people, mostly freedmen, gathered on May 1 to commemorate the war dead. Involved were about 3,000 school children newly enrolled in freedmen’s schools, mutual aid societies, Union troops, black ministers, and white northern missionaries. Most brought flowers to lay on the burial field. Today the site is used as Hampton Park. Years later, the celebration would come to be called the “First Decoration Day” in the North.

“This was the first Memorial Day. African Americans invented Memorial Day in Charleston, South Carolina. What you have there is black Americans recently freed from slavery announcing to the world with their flowers, their feet, and their songs what the war had been about. What they basically were creating was the Independence Day of a Second American Revolution.”

However, Blight stated he “has no evidence” that this event in Charleston inspired the establishment of Memorial Day across the country.

On May 26, 1966, President Johnson signed a presidential proclamation naming Waterloo, New York, as the birthplace of Memorial Day. Earlier, the 89th Congress adopted House Concurrent Resolution 587, which officially recognized that the patriotic tradition of observing Memorial Day began one hundred years prior in Waterloo, New York. According to legend, in the summer of 1865 a local druggist Henry Welles, while talking to friends, suggested that it might be good to remember those soldiers who did not make it home from the Civil War.Not much came of it until he mentioned it to General John B. Murray, a Civil War hero, who gathered support from other surviving veterans. On May 5, 1866, they marched to the three local cemeteries and decorated the graves of fallen soldiers. It is believed that Murray, who knew General Logan, told Logan about the observance and that led to Logan issuing Logan’s Order in 1868 calling for a national observance.

On Memorial Day, the U.S. flag is raised briskly to the top of the staff and then solemnly lowered to the half-staff position, where it remains only until noon. It is then raised to full-staff for the remainder of the day.

The half-staff position remembers the more than one million men and women who gave their lives in service of their country. At noon, their memory is raised by the living, who resolve not to let their sacrifice be in vain, but to rise up in their stead and continue the fight for liberty and justice for all.

The National Memorial Day Concert takes place on the west lawn of the United States Capitol.  Music is performed, and respect is paid to the men and women who gave their lives for their country.

For many Americans, the central event is attending one of the thousands of parades held on Memorial Day in large and small cities all over the country. Most of these feature marching bands and an overall military theme with the National Guard and other servicemen participating along with veterans and military vehicles from various wars. 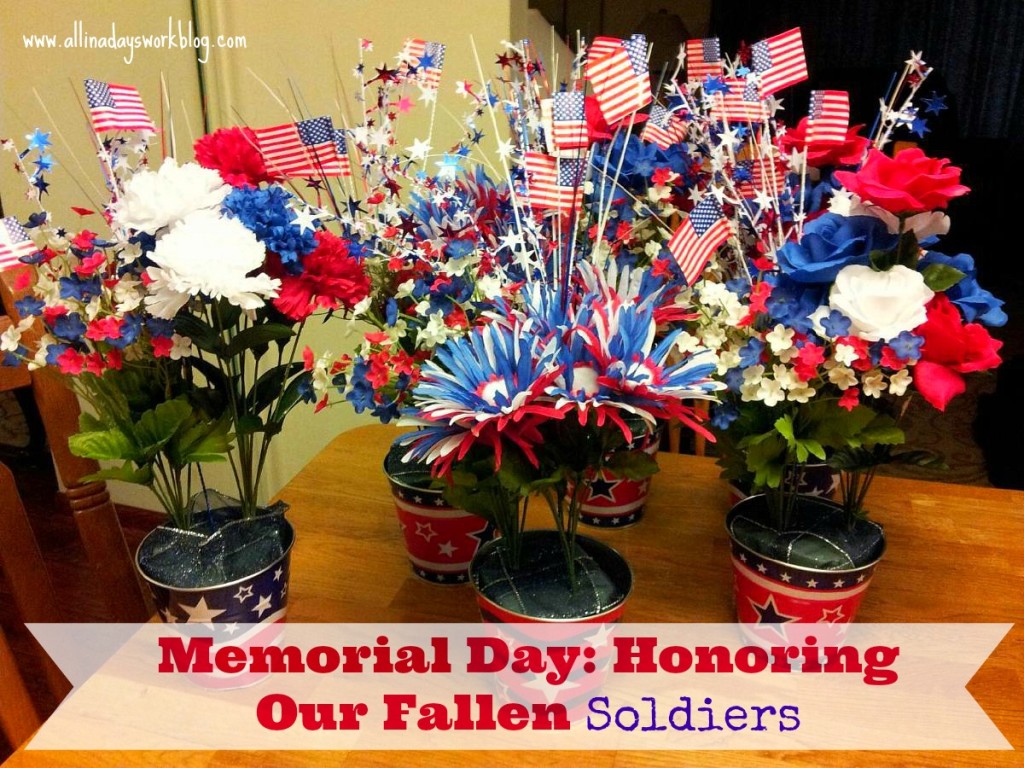 This entry was posted in Holidays. Bookmark the permalink.

6 Responses to The History Behind Memorial Day