Tonight, in Northern Kentucky The Great Debate will begin between Ken Ham (Creationist) VS Bill Nye (Evolutionist) and will begin at 7 p.m. and it will be STREAMED LIVE for you to watch from home!

Is creation a viable model of origins in today’s modern, scientific era? Leading creation apologist and bestselling Christian author Ken Ham is joined at the Creation Museum by Emmy Award-winning science educator and CEO of the Planetary Society Bill Nye. 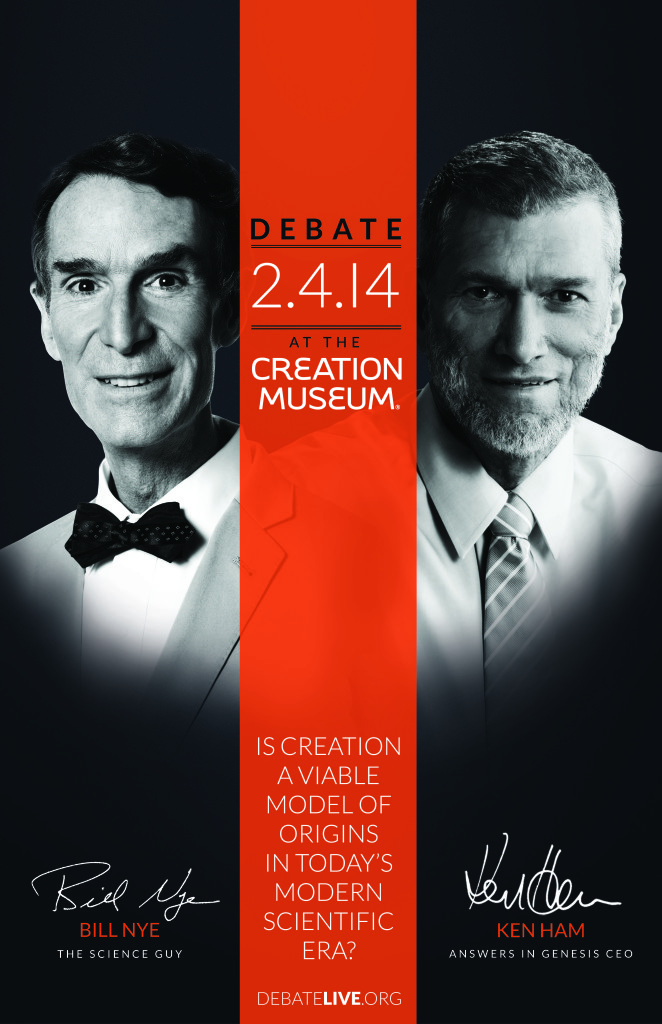 Ham, a former science instructor who emigrated to the USA from Australia over 25 years ago, is joined by the popular children’s program personality Bill Nye “the Science Guy” for this first and only scheduled debate. Each man delivers what he believes is the best information currently available for his case. Each then has an opportunity for rebuttal and afterward answers questions submitted by the audience.

Don’t miss this “debate of the decade”!