Butler County Ohio has a lot to offer – I mean, I should know, I live here. We have all kinds of great things to do, places to see, and of course, food to eat. Butler County is the home to a lot of awesome mom and pop donut shops, that offer an amazing selection of some really delicious donuts!

The donut trail leads you on an epic SWEET adventure, taking you to the top 12 donut spots in the county, so put on your stretchy pants and join in on the fun! When you visit your first stop, you’ll get a Passport and head along the trail to get a stamp at each location -when you are done, send your Passport on over to the Butler County Visitors Bureau and get a sweet Donut Trail t-shirt! 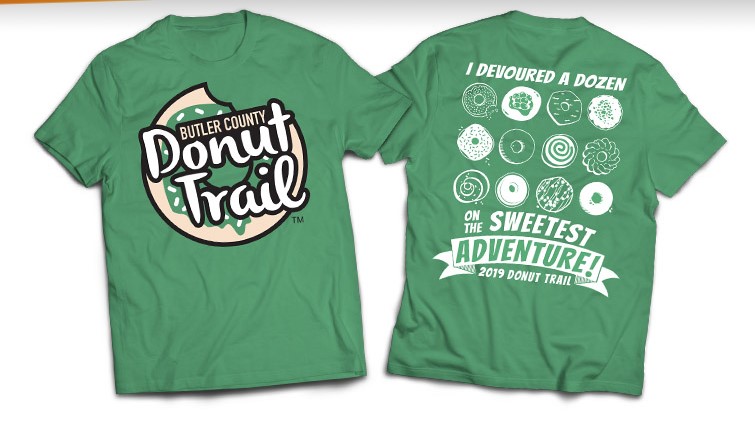 Serving the Mid-Miami Valley for 68 Years

Your next stop is Holtman’s Donuts in West Chester, Ohio. Holtman’s actually has several locations, however, this is the only Butler County one. They offer your standard flavors, and then they go one step further and offer you many different topping flavors ,like maple and bacon, cereal toppings and more. 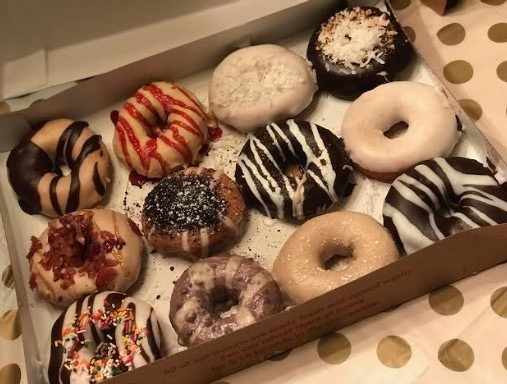 Then you come to Jupiter Coffee & Donuts in Fairfield. Never been to this one either, though it’s not far away; I don’t think I’ve ever heard of it, so I am excited to make this stop on our Donut Trail adventure. They offer their homemade donuts, along with cookies, cupcakes, pastries and more.

Next is Kelly’s Bakery in Hamilton, OH. Kelly’s actually isn’t far from my office, and we gave them a try a few months ago for the first time. I am a bit of a donut snob (being spoiled at my favorite place, which is saved for the last stop on the donut trail) but their glazed donuts were *almost* as good as my favorite. Will definitely be stopping by again soon (maybe after my beach trip!) Just make sure you check the hours before you go, they aren’t open daily.

The next stop on the list is Martin’s Donuts in Trenton. Another place I’ve heard of but never have been – but my Trenton buddies rave about it. Their glazed donuts look AMAZING, so I’m excited to try them as well.

Following Martin’s is Milton’s Donuts in Middletown. We used to stop at Milton’s before church when our church was in Middletown; definitely a family favorite and soo good.  They have a ton of traditional favorites which are hard to beat, like their jelly or cream filled. Be sure to not miss this hidden gem!

Mimi’s Donuts & Bakery is next on the list – again in Hamilton (we like our donuts here I guess!) They offer a lot more than donuts; they make special event cupcakes and cakes. Be sure to call ahead for any special requests!

Then you can hit up Ross Bakery in Hamilton. I’ve visited Ross Bakery quite a bit since I literally pass it on my way to work (hello temptation!!)

Stan the Donut Man is the next stop, another West Chester donut shop. They sell more than 2,600 donuts every weekend!

The Donut House in West Chester they offer classic donuts like the rest – along with donuts with a twist. Try their jelly filled, peanut butter covered PB&J donut!

Last but not least, The Donut Spot in Fairfield. I am partial (I grew up on these) but Donut Spot donuts are THE BOMB! Most of the time when you go in they are so fresh THEY ARE STILL WARM, which makes them that much better! Be sure to get there early, they sell out quick especially on the weekends! (Don’t be surprised to see me there in sweats and no make up. But there’s no time to get ready – when there’s warm donuts to get!) 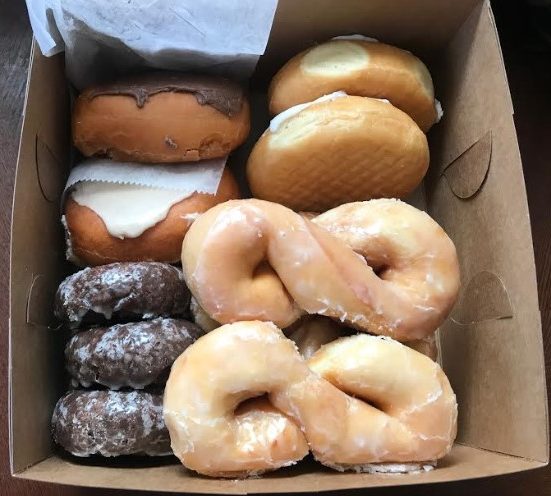