This is a sponsored post for the Old West Festival, all opinions are my own.

Strap on your boots and mosey on out to a place where scenes out of a John Wayne western come alive as the Old West Festival returns, weekends September 6 through October 12, 2014. Located at its permanent site, just 15 minutes from I-275, east of Cincinnati, the seventh annual Old West Festival promises to transport visitors back in time to an authentic Dodge City Wild West town circa 1878. 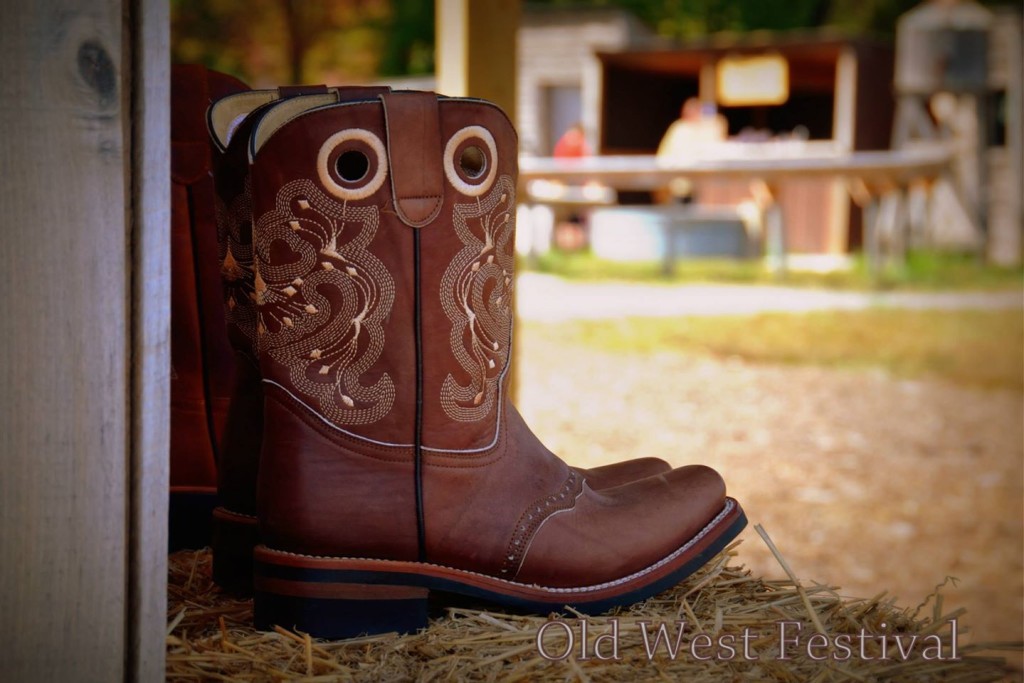 Drawing more than twenty thousand visitors each fall, the permanent old west town is home to everything you would expect to see in a real western town if you stepped back in time. Attendees will enjoy historically accurate medicine and saloon shows, can-can dancers in the saloon, gunfights, jailbreaks, and more. Period interpreters will also be found walking the streets and performing the roles of cowboys, store owners, residents, and of course, outlaws.

Some of the children’s entertainment at The Old West Festival:

The Dodge House:  The Dodge House was Dodge City’s first hotel.  At The Old West Festival, The Dodge House is at the southern end of the Cowboy Capital Corral.  While it does not house any guests, it does serve the important purpose of knocking down the corral dust!  Most importantly, musical acts perform throughout the day on its front porch. 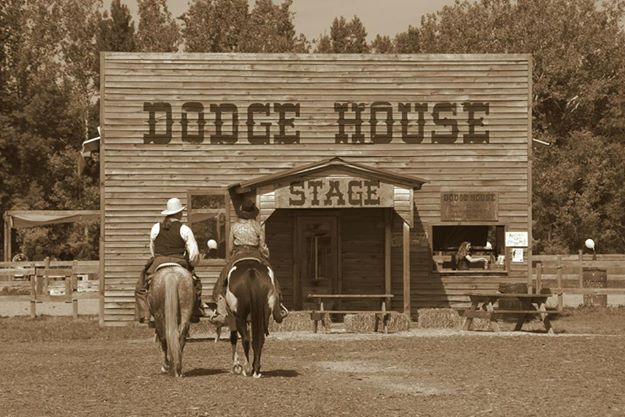 The Union Church:  The Union Church was built by the first church group, which was founded in November of 1872, only a few months after the establishment of Dodge City.  At The Old West Festival “The Union Church” provides seating out of the elements for daily Cowboy Church, singing, story-telling and our very own melodrama.

Chisholm Trail Stage:  The Chisholm Trail is named for Jesse Chisholm who had built several trading posts in what is now western Oklahoma before the American Civil War.  He died in 1868, too soon ever to drive cattle on the trail.  The trail was used in the late 1800s to drive cattle overland from ranches in Texas to Kansas railheads.  At The Old West Festival, The Chisholm Trail Stage is the place to be for period music that will be sure to get you stomping your feet and clapping your hands.  Jason Jacobs, the town magician, will be assured to amaze you on the stage as well. 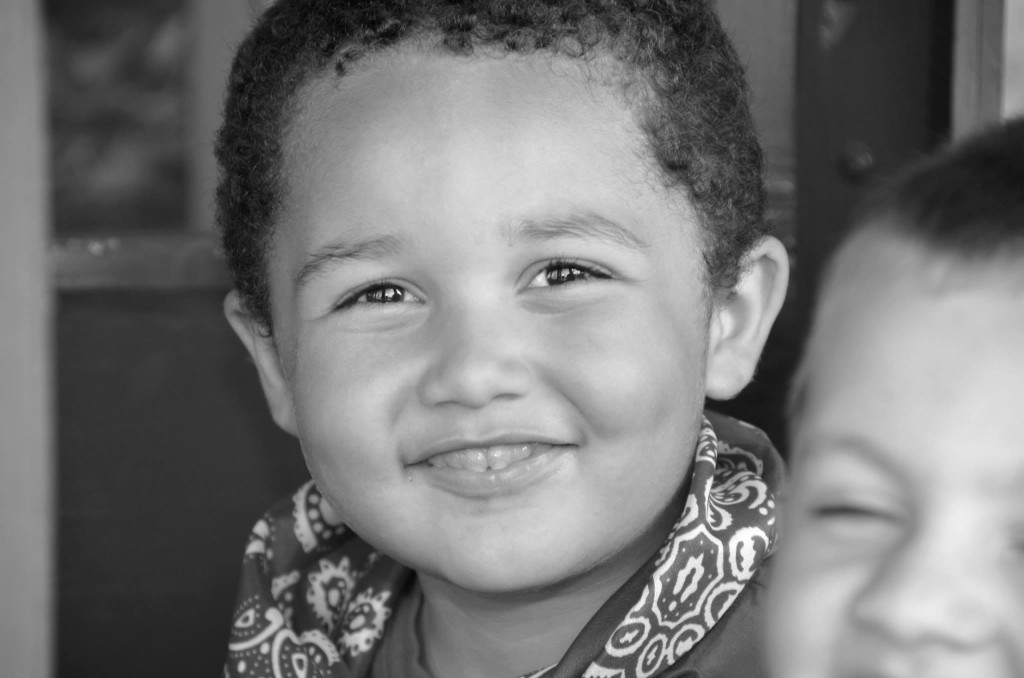 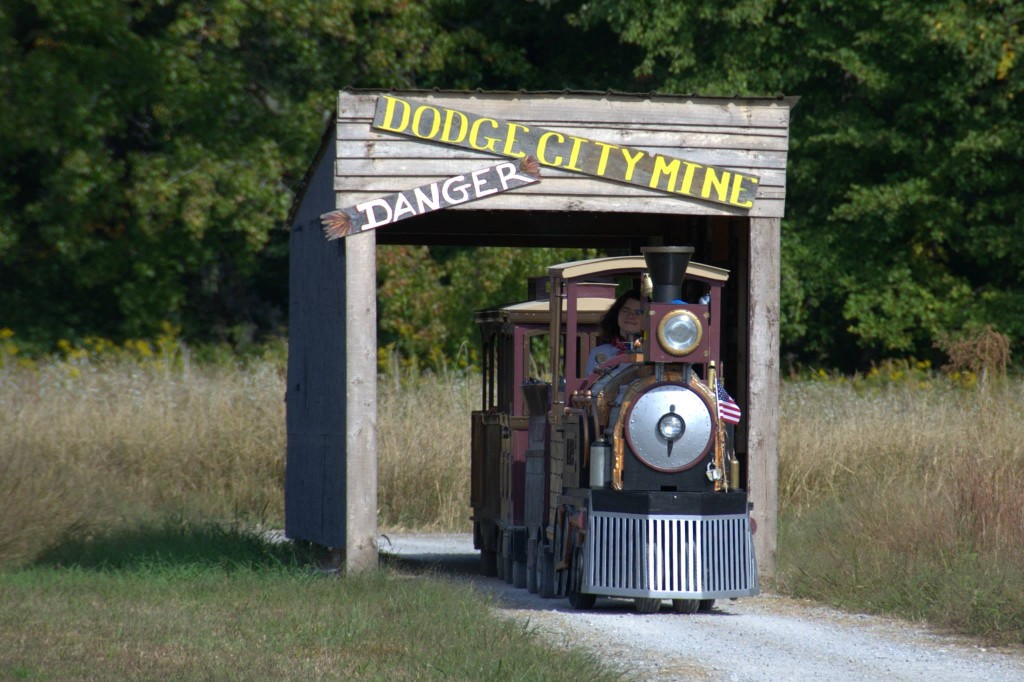 Mockingbird Theatre Company:  In the olden days, from the 1700s until the end of the horse wagon era, peddlers of patent medicine would travel the west drawing crowds to their wagons by interspersing crafted sales pitches with lively singing, dancing, comedic stories, and music audiences.  While the Mockingbird Theatre Company doesn’t actually sell snake oil, their performance is a lively rendition of the real thing.  Characters in their show include “Professor Albion,” owner and chief medical consultant of the company; “California Jack,” his western side-kick; “Mademoiselle Odessa,” the lovely singing ballerina; and “Madam Featherstock,” the matriarch and organ player of the troupe.  Those who gather round watch singing, banjo playing, dancing, and exhibitions of derringer sharp shooting; hear wild stories about how the medicine was discovered, comic bird calls, and comedic and musical adaptations of Shakespearean plays. 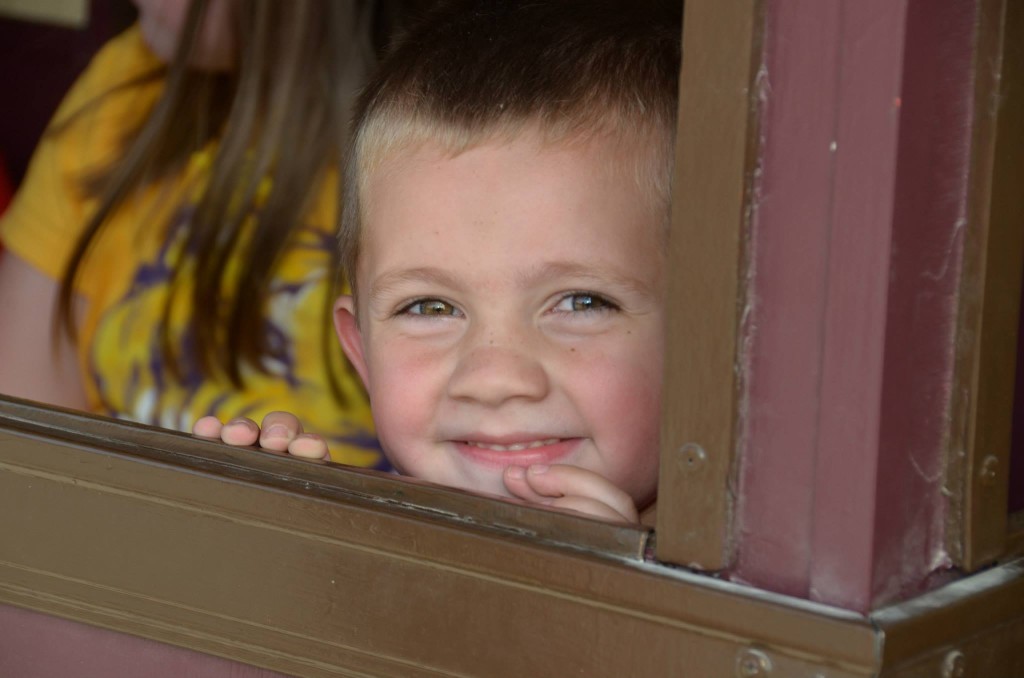 The Cowboy Capital Corral:  At The Old West Festival we have built our own little arena we call The Cowboy Capital Corral.  You won’t see a bullfight or any horse races exactly, but you will see some great rodeo drill teams, our Congress of Tough Riders challenge and occasionally some mounted shooting.  Some wander on over to the north side of our town to see some of the fanciest and fastest riding around.  New this year is the Old West Festival Circus Riding Show, starring Wild Riders’ Abigail Petersen performing Wild Trick Riding!

Gunfights:  At The Old West Festival, we have (at least) four gunfights break out per day!  But unlike the real Dodge in 1878, ours are all for fun.  We will talk about gun safety and explain that the gunfight you are about to see is just for fun. 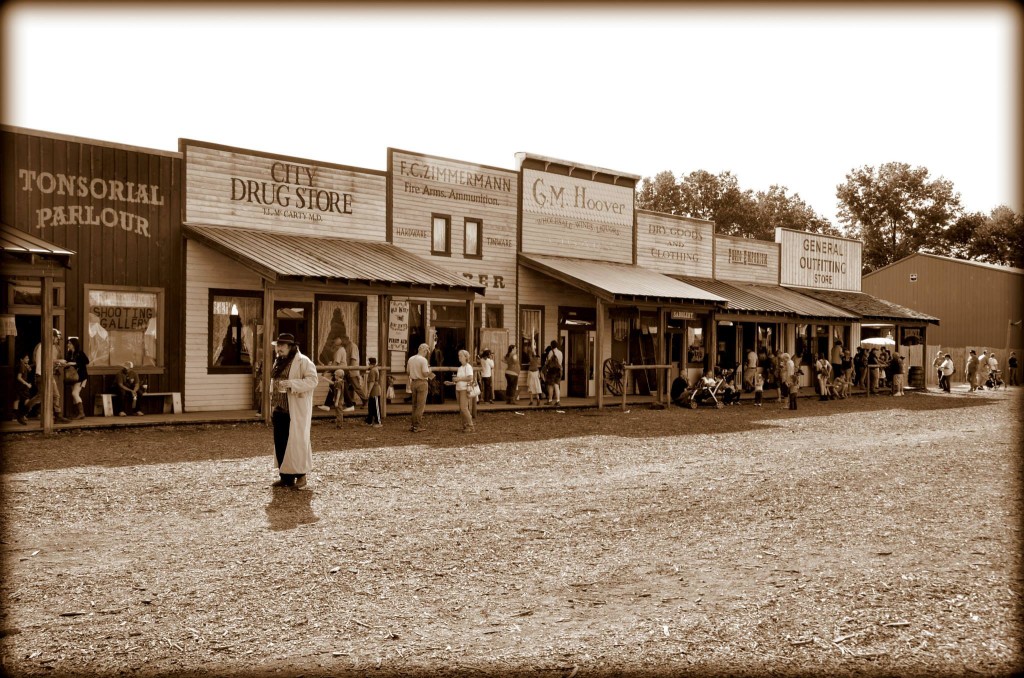 You can save $2 on adult admission and $1 on children’s admission when using code YEEHAW14 at checkout.  This is a 17% savings on admission…a great deal!

Comment below for a chance to win 4 tickets to this years Old West Festival!

This entry was posted in Cincinnati, Entertainment. Bookmark the permalink.