This morning my house was full of laughter and love. It was peaceful and calm. The kids got up with smiles on their faces, showered, got dressed, brushed their teeth without me telling them twice. We said a prayer together, then all walked out the door smiling and hugging each other bye.

This is not a typical morning at my house. I didn’t scream “GET YOUR BUTT OUTTA’ BED!!” or “HURRY UP, YOUR GOING TO MISS THE BUS!!” My daughter didn’t back talk, or say whatever and roll her eyes. This weekend we didn’t spend our Saturday cleaning and organizing like I had originally planned for everyone to do. We went to lunch, and a movie the kids had been begging to see. They stayed up past their bedtime, they sat on my lap, I hugged them a little bit tighter.

Friday’s tragedy changed us. I sat up Friday evening with my 8 year old daughter who was sobbing uncontrollably stammering that she never wanted to go to school again. That everywhere she turned, the T.V. the computer, the radio was talking about all these kids who lost their lives on Friday morning. That she was scared. That how come God didn’t protect them .

It’s hard to tell an 8 yr old, or really anyone else really that
we’re not God’s puppets. That He doesn’t control every move we make, every decision that we decide upon, or every action we take.

As I was talking to her about how we can’t change others, we can only change ourselves. We do as the song talks about “live like you are dying”, do good, treat each other right, spend extra time with your family instead of on the computer, or fighting over things that don’t mean anything when it comes down to it.

That’s my challenge to all of you – Let the government and the lobbyist fight about gun control, or no gun control. About the security in the schools, the mental health clinics needed for these psychopaths that reek all this havoc. Be there for your kids. Hug them tighter, spend that extra few minutes tucking them into bed, the laundry will still be there the next day. Play a game with them instead of watching your show (that’s what DVR is for), let them make a mess, take them to the park. Play Princess with your little girl, and Superhero’s with your son. Take in and savor every moment to be as precious as it is. I know I will never again take for granted any second that I have with my children.

I challenge you to make a resolution now to have more patience, be more kind, and cherish those moments with your children. None of us are promised tomorrow, so make today count!

I remembered an old song from the 90’s that I used to listen to…and how much more it applies today and wanted to share. This is by the Christian artist “Carmen”. 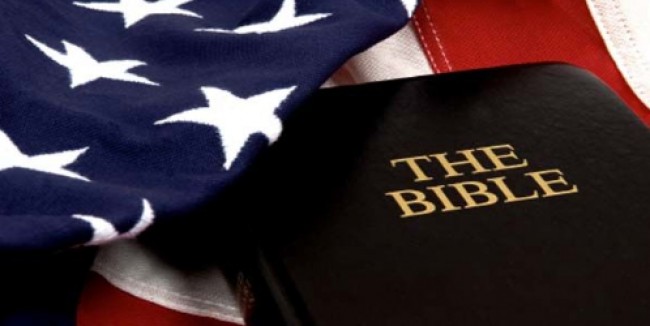 But something happened since Jefferson called the Bible the cornerstone
For American liberty then put it in our schools as a light
Or since “Give me liberty, or give me death,” Patrick Henry said
Our country was founded on the Gospel of Jesus Christ

James Madison said, “We’ve staked our future on our ability to follow
The Ten Commandments with all our heart”
These men believed you couldn’t even call yourself an American
If you subvert the Word of God

In his farewell address, Washington said, “You can’t have national morality apart from religious principle,” and it’s true
‘Cause right now we have nearly 150,000 kids carrying guns
To these war zones we call public schools

In the ’40’s and ’50’s student problems were chewing gum and talking
In the ’90’s, rape and murder are the trend
The only way this nation can even hope to last this decade
Is put God in America again

America is now number one in teen pregnancy and violent crime
Number one in illiteracy, drug use, and divorce
Everyday a new holocaust of 5,000 unborn die
While pornography floods our streets like open sewers

If there’s ever been a time to rise up Church, it’s now
And as the blood bought saints of the living God proclaim
That it’s time to sound the alarm from the Church house to the White House
And say, “We want God in America again”

Because astrology won’t save you, your horoscope won’t save you
The Bible says these things are all a farce
If you’re born again, you don’t need to look to the stars for your answers
‘Cause you can look to the very One who made those stars