Hesitant About Buying Your Kid a Cell Phone? Check Out This Great Alternative

Now before we get started, let me say, this is NOT a sponsored post. This is a product that I absolutely love and I knew I had to share it with my readers.

The average age a child gets their first smart phone is 10 years old. My youngest is about to turn 10 – and I know he is in no way, shape or form, ready for the responsibility that a smartphone comes with. Do I think he will lose it? Maybe; but probably not. He’s gotten pretty responsible over the last year or so. But what I know he is not ready for, is the freedom that comes from a gateway into the internet that I cannot keep him from. 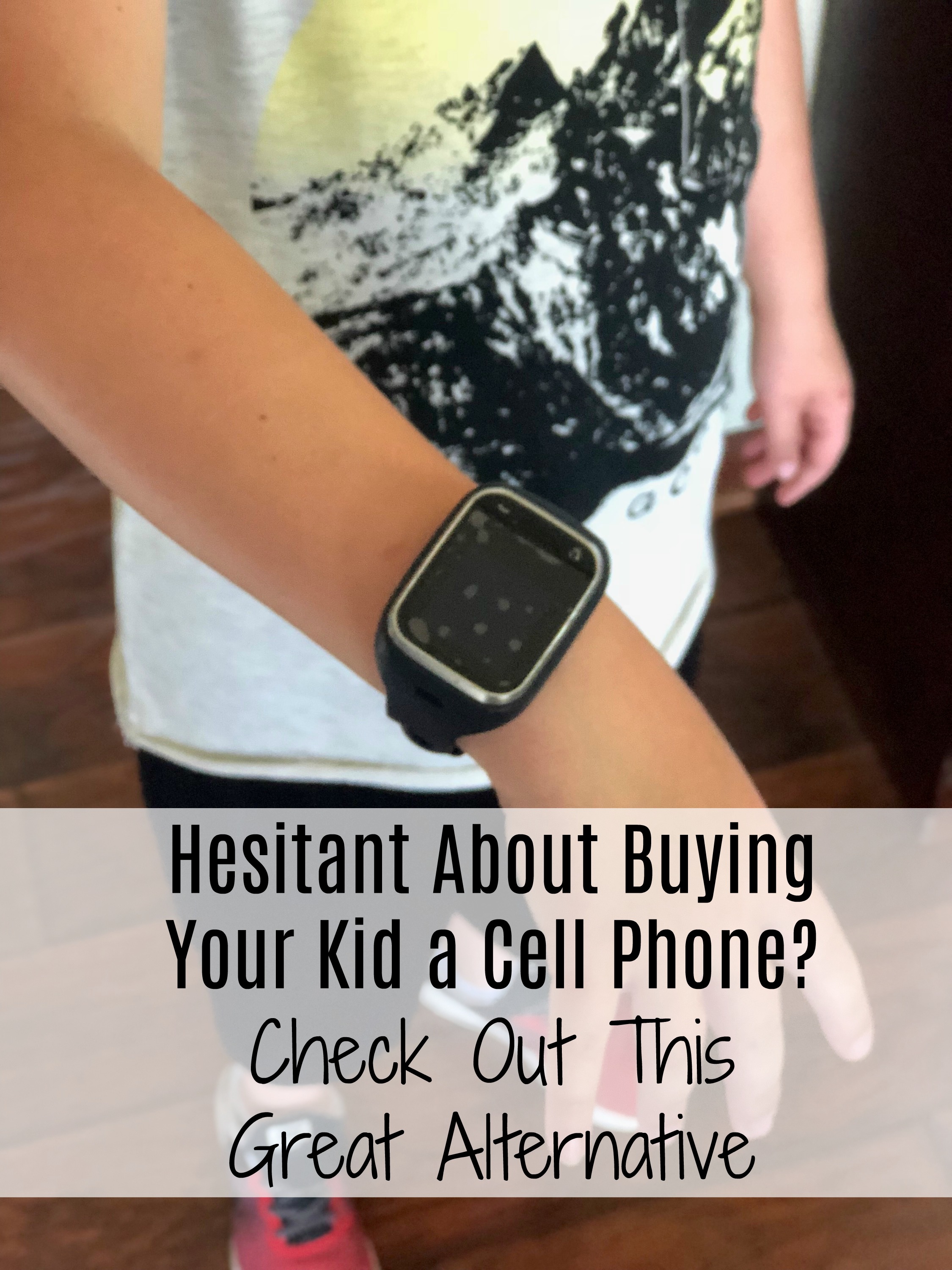 Let me give you a back story – my 2 oldest got smartphones about this age; I had a good excuse. They would go visit their Dad, whom always seemed to have his cell phone turned off for not paying the bill, and who also had a drinking problem. My girls would spend the night and I would constantly be worried about them. What if they needed me? What if they wanted to come home? We started with the flip phones when they were about 8 or so, and we upgraded to smartphones because I thought it would be great to be able to have them send me photos, and of course GPS location in an emergency.. and for these things? It’s worked great. I was able to keep an eye on my daughter when she went to D.C. with her class, even though there were terrorists threats, I knew exactly where she was at every moment. I knew she could text or call me if she needed me, or the police. She sent me photos and videos of her trip, and I loved that I could ‘live it with her’. But it’s not worth it.

Though I did my best to ‘lock down’ their phones, there is always a threat that we don’t see coming when it comes to the internet. I didn’t allow them to download any apps that was for over the age of 13, I had their passwords to all their accounts, and I randomly would go through their phones to make sure they weren’t hiding anything. But kids are smart – and if they want to do something, they will do something. One of my daughters figured out how to bypass my security and download apps I didn’t want her to have – she mistakenly saw and read things she shouldn’t have. It was innocent enough, going on Tumblr to read ‘fan fiction’ that had you go read this, and then follow this, and then all the sudden there was porn. Then it was ‘friends’ on Twitter who encouraged her to bully someone, or on her own account, be a someone I didn’t know she was. It was rough. And the hardest part? At that point, you can’t just take it all away. I mean, technically you can – but the damage is already done. That innocence, that ‘ I’m responsible for my actions’ , that moral compass, can go straight out the window.

Now I’m not saying every kid will get into something – some will follow the rules and some are fine at putting their phones down and engaging with the world. But some aren’t. Some who already have problems or insecurities – sometimes access to the web and hiding behind a screen does become their world. It’s hard to turn back the clock and change that. It’s already spilled milk.

So with my son I decided to be a bit more strict. . usually the youngest gets away with a lot more, but in my case, I learned so many lessons with the first 2, that I have a better idea what to do now. Having full on access to smart phone, at least for now, is not in the cards for my son. But I needed something – something he could reach out to me with if he needed me, or if I needed to contact him. He gets himself on the bus, and in the house after school; we got rid of our house phone years ago. So I started looking for alternatives, and that’s when I found the Gizmo Gadget. 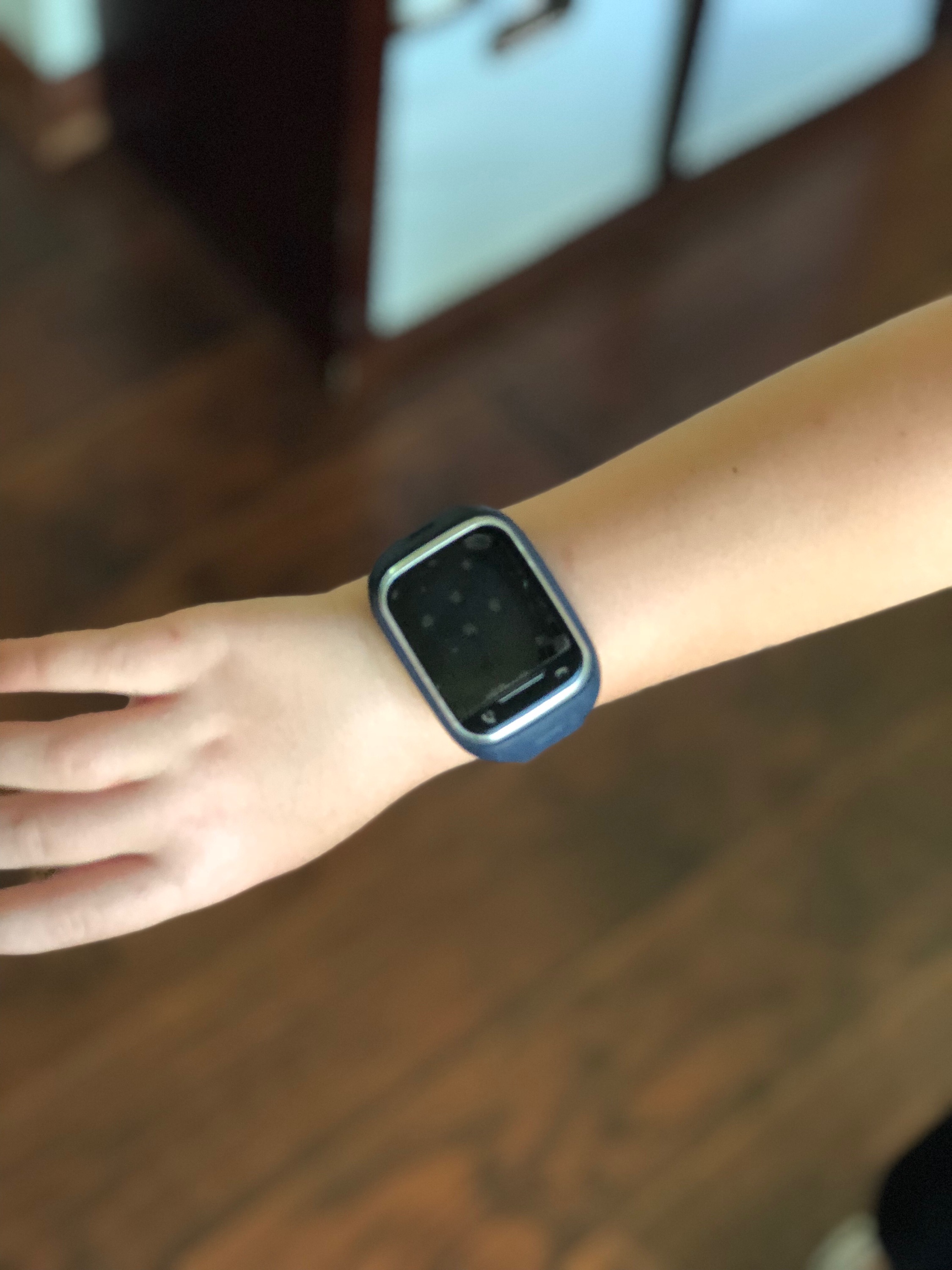 Essentially a Gizmo Gadget is a kid’s smart watch. It’s a ‘cell phone’ watch that can call only the numbers you add, (and only those numbers can call the Gizmo Gadget as well). You can program up to 10 numbers, and you can call them directly from your cell phone. It also has – wait for it – GPS! 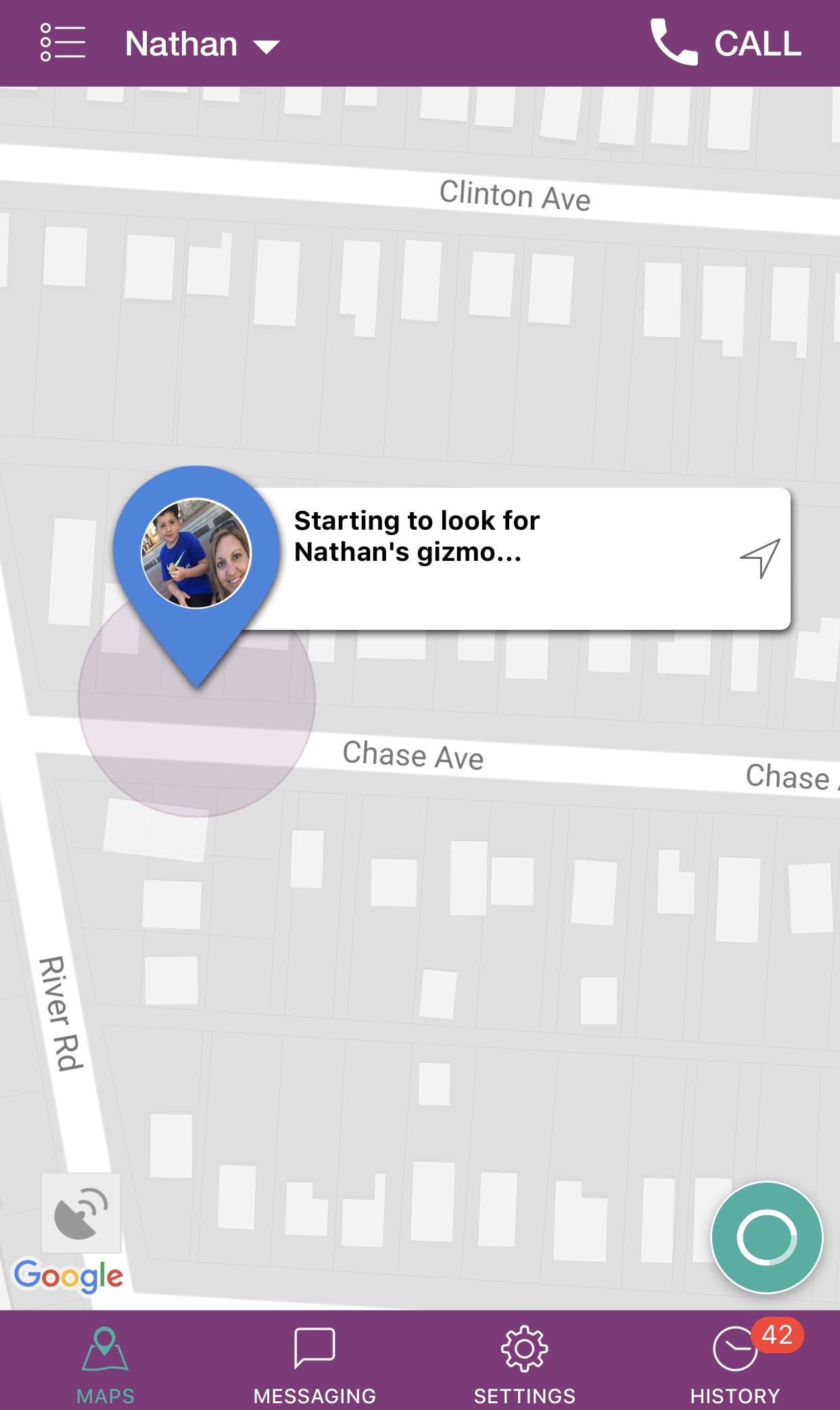 It can take up to 3 minutes to ‘find’ them (usually less) but from my experience, it’s within 500 feet of where he is at all times. The other nice thing about the app is you can set up the watch to not ring during certain times. So while my son is in school the watch is on silent mode. You can also set the phone up to auto-answer your phone calls! Another great feature with the app and phone is that from the app you can send text messages to your child. You are free to write anything – but they have limited text availability (which I wish we did have more freedom to put more optional text in for the kids to reply with) as you can see, my son got creative with messaging me to see if he was riding the bus home, or if his Nana was picking him up from school. 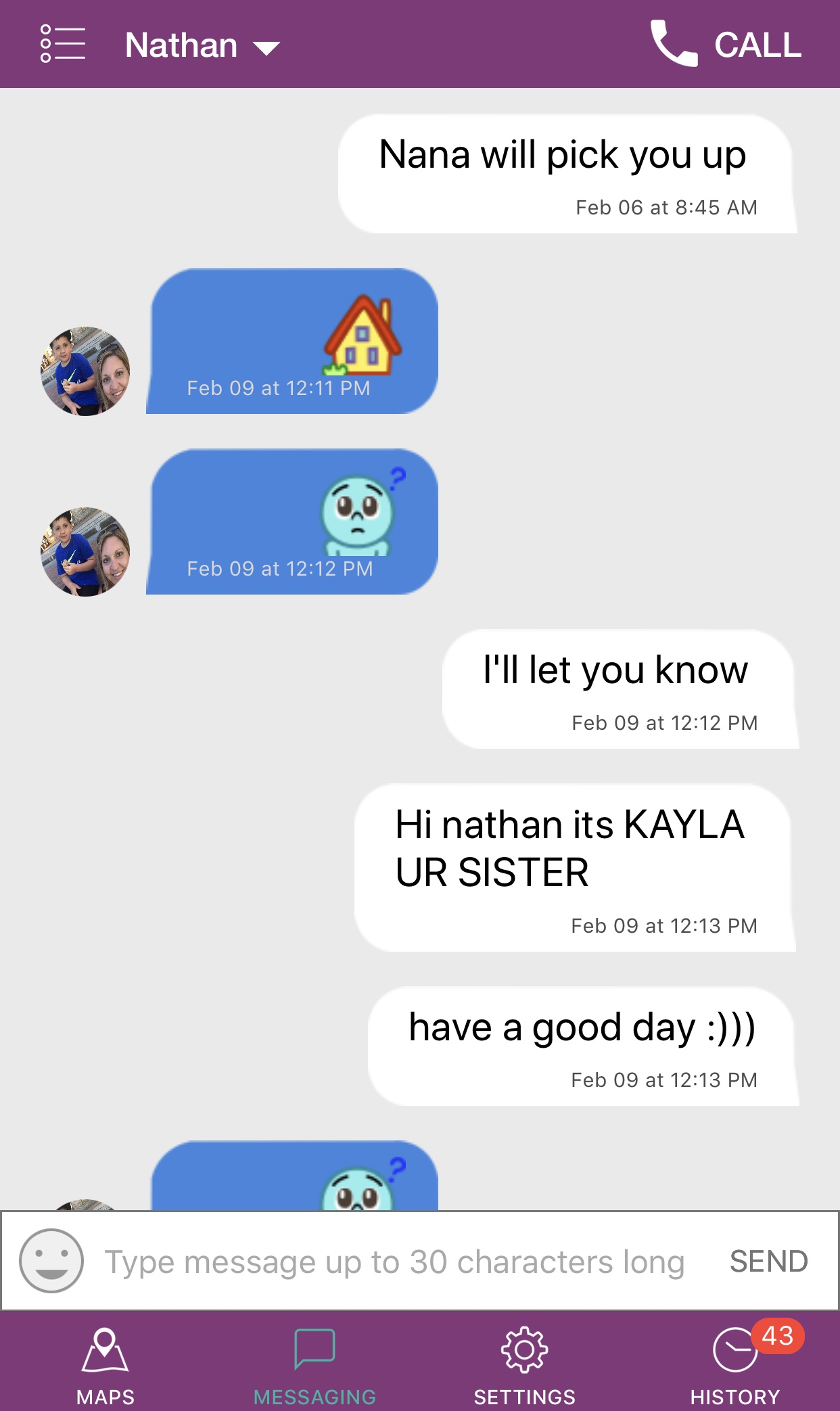 He sends the little home emoji with a question mark to let me know he wants to know what is going on – if he gets in the bus ride line, or if Nana is picking him up. It’s come in handy more than once, especially while he is at school and can’t be talking on his ‘phone’.

Overall this watch has been exactly what we’ve needed. Now when he’s 13 will I still be talking to him through his watch? I’m not sure. Maybe =) Or I might even let him upgrade to a Apple watch. But for now, this is a great alternative to a smartphone for younger children. It gives me peace of mind in more ways than one.

Gizmo Gadget’s usually run around $100 or so, and I was able to add mine to our Verizon phone plan for just $5 a month. (Cheaper than smartphones too!) Check with your carrier to see what options you have. Also look into a screen protector (which is why my son’s watch looks a bit bubbly in the picture) they will scratch just as easily as any other phone screen, and so far the screen protector has done a good job at protecting it!)

This entry was posted in Parenting, Techy. Bookmark the permalink.