Tips to Get Ahead of Cancer

My heart nearly broke when I heard the news – my Grandpa, my favorite man in the world, had cancer. I was twenty-one and pregnant with my first child. My heart ached at the thought of my daughter growing up and not knowing this giving, kind-hearted man. The man who made me call him “Dad” when I was a kid because he was just obviously too young to be my Grandpa (which he was, I’ll give him credit. He became one at 34 after all). The one who would give anyone the shirt off his own back if he needed it – I never knew how he kept his auto glass business running considering he always helped people out who didn’t have the money to replace their windshield, or repair a side mirror. 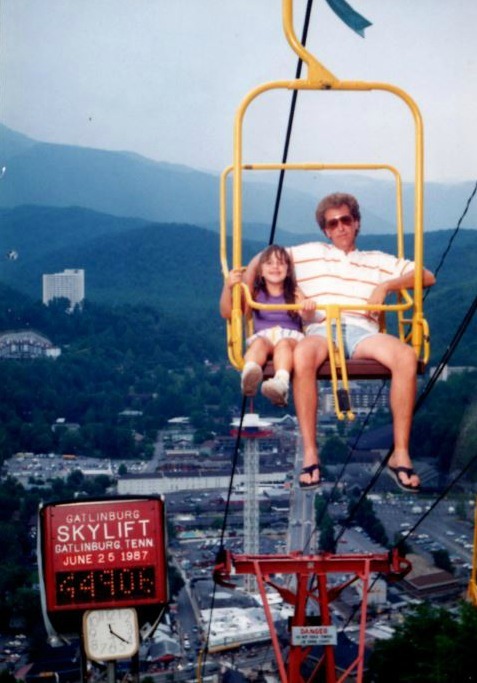 I prayed and prayed that he would make it until my daughter was born – she was due in March, and I teased him relentlessly about being a great-grandpa at just fifty-five. The cancer had taken over so much of his body – even his brain, and there were times he didn’t know who we were. I will never forget one of the last times we went over to his condo to have pizza and watch a movie with him. He seemed to be doing a bit better, and we were all pretty optimistic. For the first time in months he was himself – teasing me, telling stories on my Dad, and giving my Mom a hard time. If I knew that would have been one of the last times I talked to that Grandpa I had loved so much – I would have stayed there all night.

My Grandpa was in the hospital over Thanksgiving – his favorite holiday. We went up to see him, and he was incoherent, and very agitated about getting another CAT scan. He always hated hospitals, and I can imagine how confusing and upsetting it was for him to be stuck there for weeks. He pointed to me before we left, and shook his finger at me, telling me to be good. I laughed and kissed him bye, not knowing that was the last time I would ever see him.

My Grandpa smoked and drank like there was no tomorrow – the only physical activity he got in a week was his Sunday golf game, and he ate cheese, chips and lunch meat like it was going out of style. He loved and enjoyed life but I have no doubt if he could see the future – including all seven of his great-grand babies – he would have changed some of his habits and done everything he could to try and prevent the illness that took his life.

A few years ago it hit my Dad pretty hard when he turned 50 – he knew he was just a few years away from the age my Grandpa was when he passed, and my Dad did not want to miss out on watching his grand kids grow up. He started working out, and eating healthier. Which made us all start thinking – what are some steps we can take to be proactive – and get ahead of cancer? 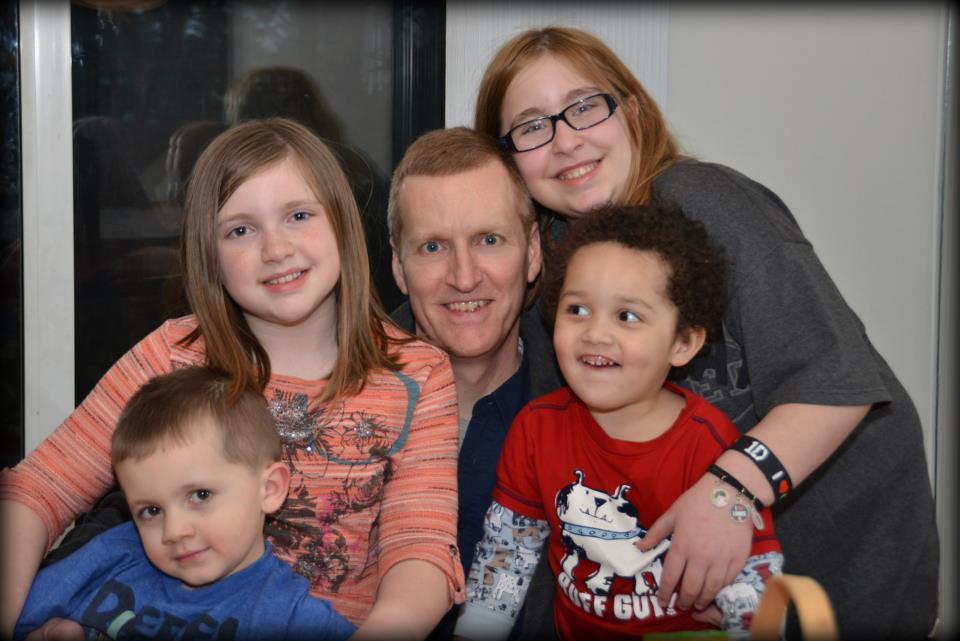 Since February is National Cancer Prevention Month, All in a Days Work has teamed up with Counsyl to share some tips on how you really can get ahead of cancer – and do all you can to prevent it, and be ready to take any precautionary steps you need to fight it.

There are quite a few things that you can do at home to get ahead of cancer – like the info in the graph below, simple things such as staying active, eating a healthy & well balanced diet as well as lowering your alcohol consumption can lower your chances of developing certain cancers. 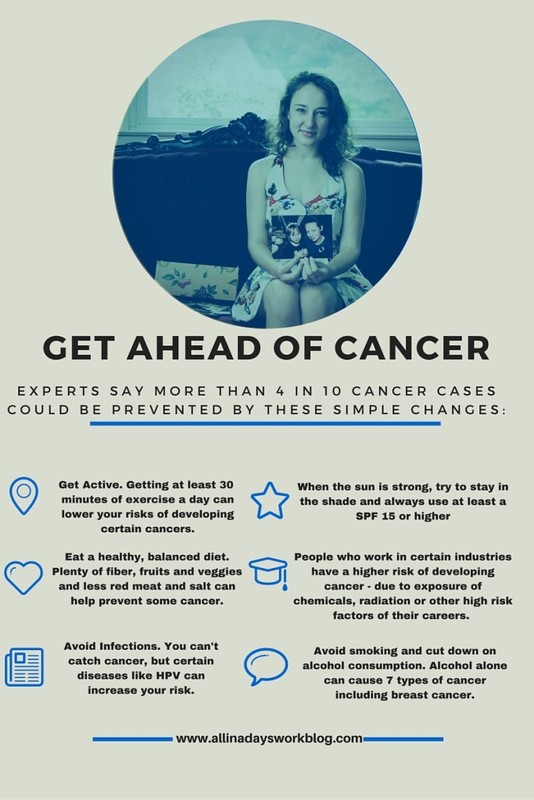 In addition to these steps, Counsyl also offers DNA testing and genetic counseling services as a way to learn your risks for certain types of inherited cancer such as breast, ovarian, colon and others – so you can do what you can to stay ahead of it.

The Counsyl Inherited Cancer Screen assesses your risks based on your DNA, and if you test positive, you have the power to act early on. By working with your doctor, you can build a proactive health and risk reduction plan including early detection. Detecting cancer early increases survival rates – the 5-year survival rate for localized breast cancer is 98.6% when caught in early stages.

I want to be around to watch my kids grow up and have family of their own – and I will do whatever I can to make sure that happens.

This is a sponsored conversation written by me on behalf of Counsyl. The opinions and text are all mine.